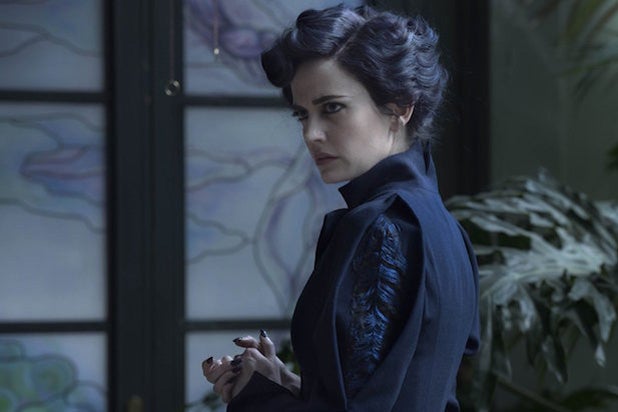 Tim Burton‘s “Miss Peregrine’s Home for Peculiar Children” is on track to win the weekend at the box office and is now expected to gross $26 million.

Made for $110 million (not counting marketing costs), the 20th Century Fox adventure-fantasy book adaptation made $9 million on Friday from 3,522 theaters.

The studio had previously set three-day estimates in the mid-20s, while trackers had it closer to $30 million.

The movie should play well to audiences internationally and will need strong second and third weekends domestically to move into the black. It has a 64 percent Rotten Tomatoes score and a B+ CinemaScore from those surveyed on opening night.

“Deepwater Horizon,” Peter Berg‘s true-life tale from Lionsgate and Summit, is expected to gross approximately $20 million this weekend, the film took in $7.1 million from 3,259 theaters on Friday alone.

Three-day projections have now increased by $2 million, so the film will have an easy time edging out “The Magnificent Seven” for second place.

The movie still has an uphill climb to justify its pricey production costs, which were reported to have surpassed $100 million.

Its 81 percent Rotten Tomatoes score and A- CinemaScore helps the prospects of “Deepwater Horizon.” Plus, its all-star cast, led by Mark Wahlberg, could be attracting bigger audiences. Wahlberg movies have a history of besting initial estimates.

This weekend’s third new wide release is the Kristen Wiig and Zack Galifianakis comedy “Masterminds,” which has seen its release date pushed back multiple times in the last few years due to the financial troubles of its distributor, Relativity. The movie is now only expected to gross just more than $6 million from 3,042 locations. That’s lower than estimates of $11 million made earlier in the week.

It has a low Rotten Tomatoes score of 39 percent and a B- CinemaScore.

Directed by Jared Hess (“Napoleon Dynamite”), “Masterminds” is based on a real heist that happened in the late 1990s. The Loomis Fargo Robbery in North Carolina — also known as the Hillbilly Heist — was the second-largest cash theft on U.S. soil at the time.

“Deepwater Horizon” is the cinematic dramatization of the offshore drilling rig disaster of April 2010, in which nearly a dozen people died and marked the worst oil spill in U.S. history.