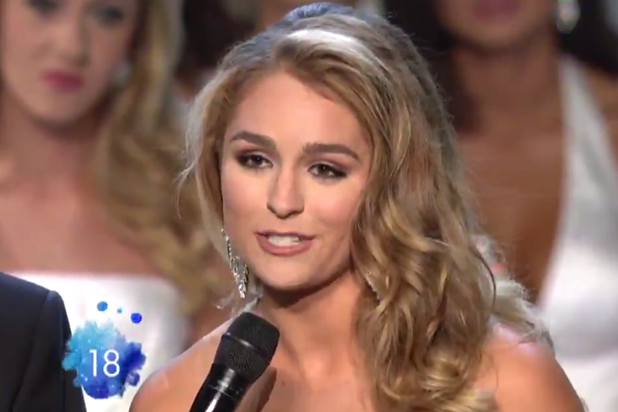 “I think that the white supremacist issue … it was very obvious that it was a terrorist attack,” the contestant said onstage. “And I think that President Donald Trump should have made a statement earlier addressing the fact and making sure all Americans feel safe in this country. That is the number one issue right now.”

She was responding to a question from judge Jess Cagle, the editorial director of People and Entertainment Weekly, who asked her if she agreed with Trump that there were “very fine people on both sides.”

Her response condemning Trump garnered cheers from the audience.

In August, a gathering of white supremacists in Charlottesville, Virginia, turned violent and one woman died when a man drove his car into a crowd of counter protesters, injuring several others.

Donald Trump was slow to condemn the white supremacists and neo-Nazis, and backpedalled a day after he did condemn them. During a speech at Trump Tower, he said that there was blame to place on “both sides” of the protests.

Twitter was quick to praise Wood for her answer. Check out some of the tweets below:

When Miss Texas gives a more concise answer about Charlottesville than the President… #MissAmerica https://t.co/bpCWiEZ8Wh

Miss Texas–a white woman–showed more integrity in 20 seconds than Trump has known all his life.#MissAmerica