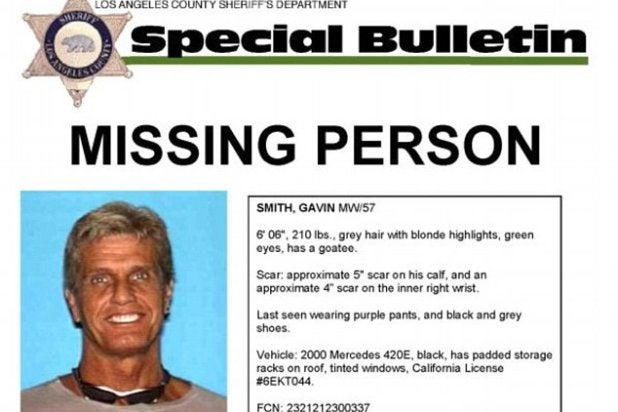 According to the Sheriff’s Department, Smith’s body was discovered by hikers on Oct. 26 in a rural area of Palmdale, California, and was subsequently identified as Smith, who was last seen at a friend’s home in May 2012.

The results of Smith’s autopsy have not been finalized, and the cause of death has not yet been determined. A press conference is scheduled for 11:30 a.m. Thursday at the sheriff’s information bureau in Monterey Park, California.

Smith’s death is still being investigated by the sheriff’s homicide detectives.

It’s been more than two years since Smith was last seen, on May 1, 2012. He left a friend’s house in Ventura County between 9 and 10 p.m. PT. In May 2014, two years after his disappearance, Smith was declared dead.

The Los Angeles County Sheriff’s Department began looking at the case as a potential homicide after Smith’s car was discovered Feb. 21, 2013 in a storage unit in Simi Valley. The unit was connected to a convicted drug dealer, John Creech, who is currently serving time in jail.