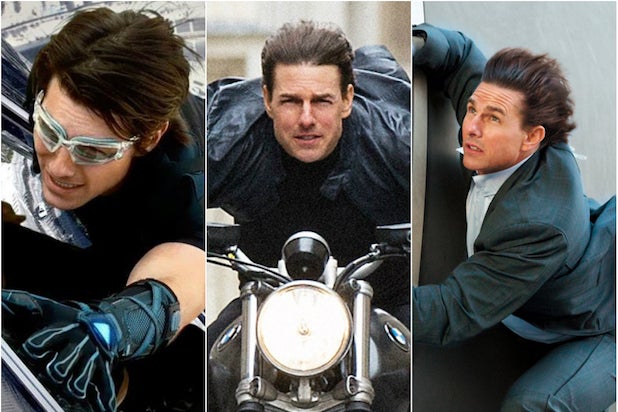 There are plenty of long-running franchises still going at movie theaters like “Pirates of the Caribbean” and “Fast & Furious.” But aside from James Bond, there isn’t one that has lasted as long and with such staying power as Tom Cruise’s “Mission: Impossible” series — and the Gen Xers who grew up with the IMF’s leading man are to thank for that.

As the sixth installment in the franchise, “Mission: Impossible – Fallout,” opened to a $61.5 million launch this weekend, Paramount reported that 59 percent of opening night audiences were over the age of 35, with 35-49 being the top age group.

That age breakdown is consistent with that of the last installment of the franchise, “Rogue Nation,” which came out in 2015. According to data provided by movie analytics firm Movio, “Rogue Nation” performed over the industry-wide average with males over the age of 40, while millennials ages 18-30 showed up below the nationwide average.

By comparison, the latest installment of the “Fast & Furious” franchise, 2017’s “The Fate of the Furious,” was far more driven by millennials. While males in age groups 40 and over showed up at or below the industry average, “Fate” overperformed with both male and female moviegoers age 18-30. On top of that, “Rogue Nation” audiences and opening night audiences for “Fallout” were approximately 55 percent Caucasian, compared to 41 percent for “Fate,” indicating a more ethnically mixed crowd for the franchise featuring Vin Diesel, Dwayne Johnson and Ludacris.

And it couldn’t come at a better time for Paramount, as this is the first “M:I” film released under CEO Jim Gianopulos, as he works to recover the studio’s plummeting box office numbers. While the Melrose studio only has a 5 percent market share so far this year with $346.5 million grossed domestically, “Fallout” and other major releases like “Bumblebee” and “Overlord” should push annual totals past the $534 million Paramount made last year, by far its worst performance since the turn of the century.

“When you include the TV show the films are based on, ‘Mission: Impossible’ is over 40 years old, and the first film came out 22 years ago, so it’s definitely a bigger film for the Gen X crowd,” said Boxoffice.com analyst Shawn Robbins prior to the film’s release. Robbins also noted that Cruise, having appeared in films like “Top Gun” prior to starting “M:I,” had been known as a box office star in the ’80s and ’90s, making him a big name for moviegoers who grew up in those decades.

Also Read: Ving Rhames Says Police Held Him at Gunpoint in His Own Home

That doesn’t mean that millennials will be completely ignoring “Mission: Impossible.” The film has an incredibly strong word of mouth, holding a 98 percent Rotten Tomatoes score and the first A from CinemaScore polls in the franchise’s history.

“When ‘Rogue Nation’ came out, we saw the same numbers with older males showing up predominantly in the opening weekend,” said Paramount domestic distribution head Kyle Davies. “But over the course of August, the age groups tended to even out as we saw younger and female audiences show up with the word of mouth. We’re expecting the demographics to even out in the same way with ‘Fallout.'”

But nonetheless, the Gen Xers who have followed Ethan Hunt since 1996 have shown their loyalty again this weekend, proving that “Mission: Impossible” is a mission they will always choose to accept.