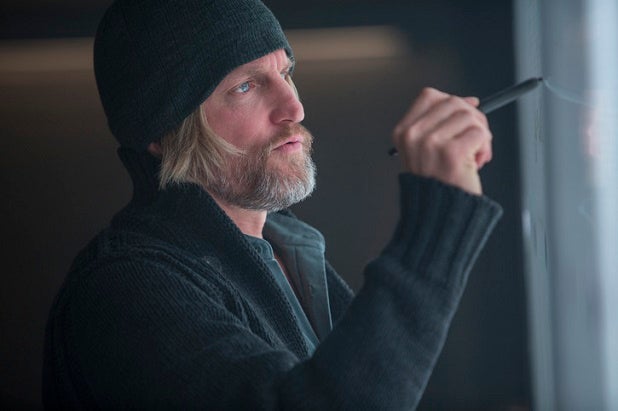 “The Hunger Games: Mockingjay – Part 1” was the big bird at the Thanksgiving box office Thursday, taking in more than $11.1 million on the holiday.

DreamWorks Animation’s family film “The Penguins of Madagascar” brought in $3.9 million on Thursday and “Horrible Bosses 2,” the weekend’s other wide opener, brought in $3.1 million for New Line and Warner Bros.

Last year, “The Hunger Games: Catching Fire” took in $14.9 million on Thanksgiving Day, on its way to a record $110 million five-day haul. Lionsgate is hoping that “Mockingjay,” the first part of the finale of “The Hunger Games” series, can roll to $80 million over the long weekend.

It’s up to $168 million domestically in less than a week, and just crossed $200 million internationally, where it is playing in 85 foreign markets.

Despite the overwhelming performance of the Jennifer Lawrence teen sci-fi saga, the kids film “Penguins” and the R-rated “Horrible Bosses” are finding their audiences.

“Penguins,” a spinoff from the blockbuster “Madagascar” franchise, remains on track for a five-day total in the $40 million range for distributor Fox. Benedict Cumberbatch, Ken Jeong and John Malkovich are in the voice cast for “Penguins,” which has a $132 million production budget. It’s up to $10.2 million so far.

“Horrible Bosses 2” returns Jason Sudeikis, Charlie Day, Jason Bateman and Jennifer Aniston, and adds Christoph Waltz and Chris Pine to the cast. Warner Bros. is hoping the $43 million New Line production can deliver around $35 million over the long holiday weekend. After two days, it’s at $7.3 million, so it will need to pick up some steam with the date crowd on Friday night and Saturday.