It ain’t easy being a power woman in entertainment, media and tech  — which is why our annual executive vacation report “Moguls on a Boat” is devoted this year to high-profile women who deserve to play as hard as they work.

This list isn’t as long as in years past, which should probably tell you something about gender parity in the executive ranks of these industries, but our bosses are fierce.

They are spiritual and thought leaders, CEOs, philanthropists, underwriters of art and culture and definitively in charge. They also rake in substantial incomes — the list includes the richest woman in the world, Forbes’ reigning most powerful woman in media and three brand titans who leveraged multimillion-dollar companies based on their celebrity.

Indulge in their summer retreats from the boardroom in places like Capri, Portofino, the lush and hippie hills of Ojai, the seersucker-clad island of Martha’s Vineyard and, of course, plenty of open water to house those chartered and owned floating palaces. 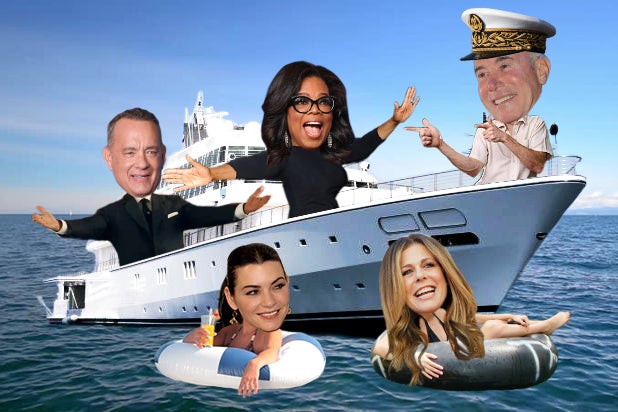 STATUS: Every year is a good year to be Oprah, but she’s been particularly busy since last summer. In January, the mogul delivered a Cecil B. DeMille Lifetime Achievement Award acceptance speech at the Golden Globes that was so inspiring, it inserted her into the 2020 presidential election race.

While she demurred over a White House run, Oprah did return to acting. In February, she starred alongside Reese Witherspoon and Chris Pine in Ava DuVernay’s “A Wrinkle in Time.” At the top of her summer, she signed a multi-year content partnership with Apple that will “embrace her incomparable ability to connect with audiences around the world,” the tech giant said.

Those checks will add to her 2017 updated net worth of $2.8 billion, according to Forbes. 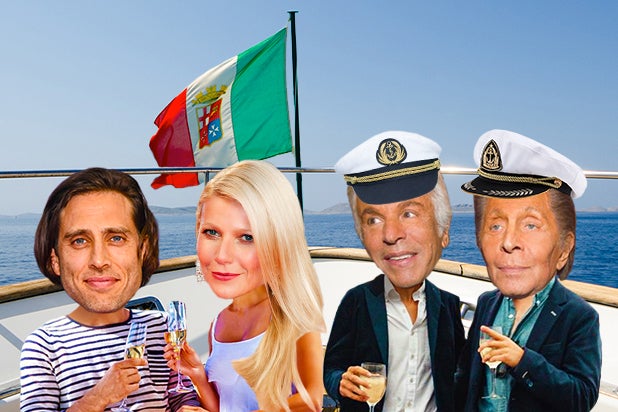 WHO: Gwyneth Paltrow — with fiancé Brad Falchuk, designer Valentino Garavani and his partner Giancarlo Giammetti — on Valentino’s yacht T.M. Blue One in Capri.

Largely hailed as a prototype for leveraging celebrity into big business (like another mogul on this list, Kylie Jenner), Paltrow continues to be a cultural lightning rod while monetizing the eyeballs of her haters — exquisitely detailed in a recent New York Times magazine profile on her business.

Paltrow is also set to wed “Pose” producer Falchuk this year, following the 2016 finalization of her divorce from Coldplay rocker Chris Martin. Her betrothed has also recruited her back onto the small screen, as she’ll cameo in his new Ben Platt-Barbra Streisand musical comedy “The Politician” at Netflix. 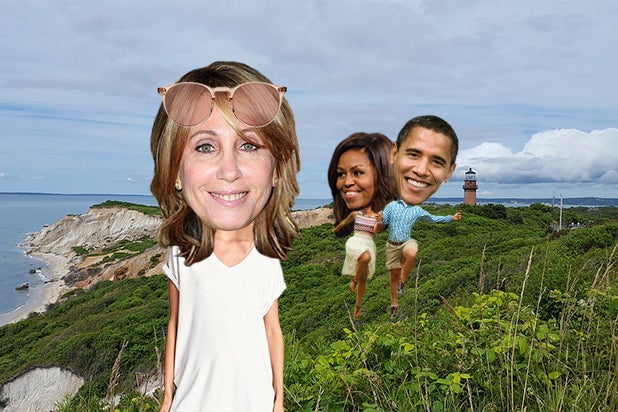 WHO: Stacey Snider, at her home on Martha’s Vineyard

STATUS: If anyone deserves a bike ride around the Gay Head Lighthouse or a few glasses of vino at the Obama-beloved restaurant The Cardboard Box on the Vineyard, its 20th Century Fox Film CEO Snider, who has long had a vacation home on the high-end Massachusetts island.

In 2016, Snider joined an extremely small club of female studio heads when she succeeded Jim Gianopulos as CEO and chairman at the company. Roughly 18 months later, Disney announced its plan to acquire all of Fox’s film and TV content assets, plunging the media establishment into chaos and raising still-prominent question about the fate of thousands of Fox employees as Disney absorbs them.

Snider has been bold in her candor about the uncertain future. Speaking at the movie theater owner convention CinemaCon in April, she could barely contain her emotion as she played a sizzle of the greatest films made in the studio’s 103 years. The Disney transition is expected to be complete by 2019. 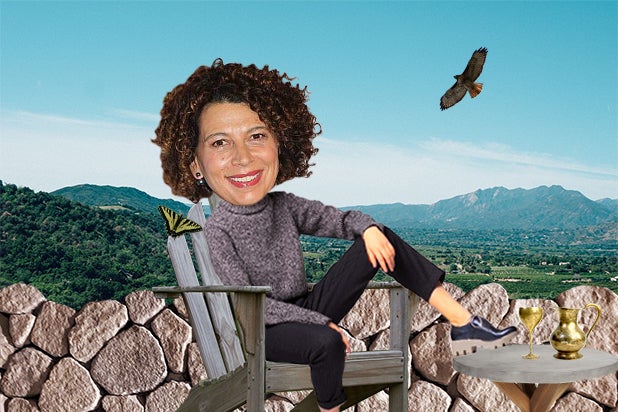 WHO: Donna Langley, at her home in Ojai, Calif.

STATUS: Another member of the rarefied female-studio head club, Universal Pictures Chairman Langley is frankly crushing it this year. In July, the studio crossed $1 billion at the domestic box office, the eighth year in a row the NBCUniversal property has hit that milestone. This month, Universal crossed $2 billion at the international box office for the fourth time in its history. This is largely due to the success of “Jurassic World: Fallen Kingdom,” which also helped put the studio in second place behind monolith Disney in terms of market share.

In January, Langley was honored with the Producers Guild of America Milestone Award, honoring those who have made “historic contributions to the entertainment industry.” 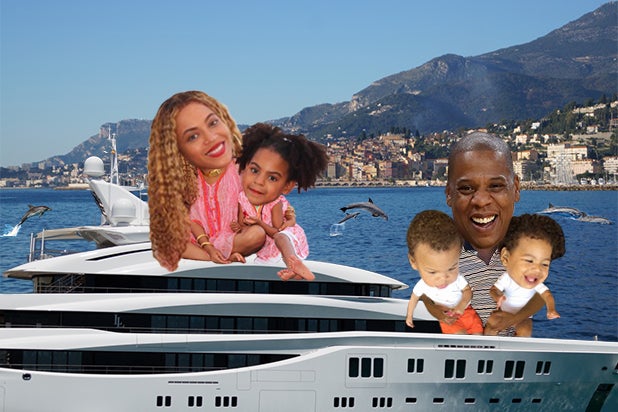 WHO: Beyoncé, on the Amalfi coast aboard the $200 million charter yacht Kismet, with husband Jay-Z and their children in between stops on the “On The Run II” tour.

STATUS: In a career of dizzying highs and milestones for an African American and female artist, Beyonce achieved another transcendent moment as the first black woman to headline the Coachella Valley music festival in April.

More than that, the show was a celebration of deep Southern culture and a nearly two-hour nonstop dance party that one review billed as “two years and a career in the making.” The concert was immediately followed by the announcement of a joint world tour with husband Jay-Z, “On the Run II” — and another surprise album drop, “Everything Is Love.”

Even in the dog days of summer, Beyoncé is still making history. She clocked a second September cover of Vogue magazine this year, and tapped Tyler Mitchell to shoot the photos — the first ever African American photographer to shoot the most important annual issue of the fashion bible.

Also Read: Why Beyonce and Jay-Z Were Allowed to Film 'Apes-' Music Video at the Louvre 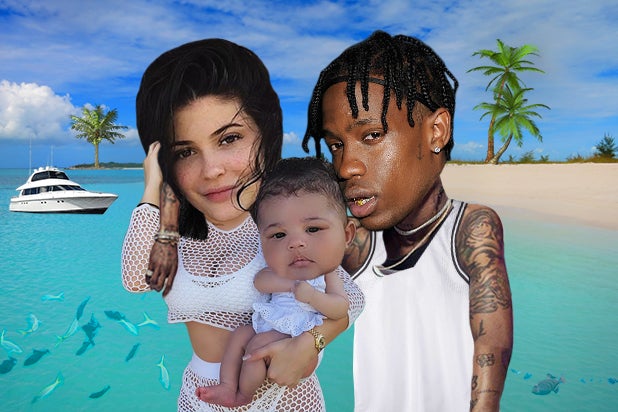 WHO: Kylie Jenner, in a multi-bedroom villa at the Turks and Caicos resort Amanyara, with boyfriend Travis Scott and newborn daughter, Stormi.

STAUTS: We are living in a post-reality-stardom age for the polarizing and pouty Kardashian clan. The family has become synonymous with raking in millions on branding and lifestyle businesses where they once were known for a sex tape, vulgar language and staged photo ops.

No family member represents this new Kardashian prototype quite like Kylie, daughter of Kris and Caitlyn Jenner, who stunned this year on the cover of Forbes magazine lauding America’s self-made billionaires. Jenner’s runaway success with Kylie Cosmetics, a makeup range curated and released in flash sales propped up largely by her 113 million (you read that correctly) Instagram followers. 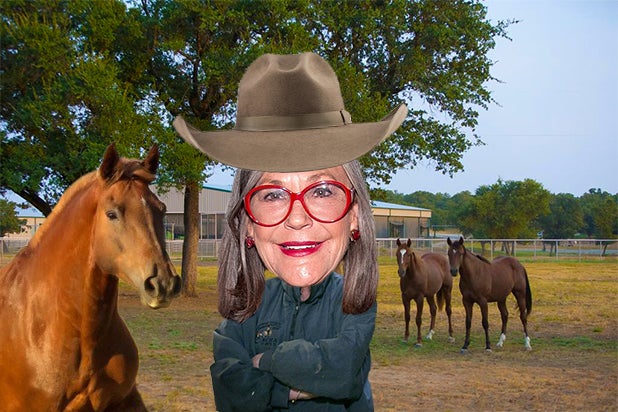 WHO: Alice Walton, heiress to the Walmart Stores fortune, bidding farewell to her horse ranches in Millsap, Texas.

STATUS: Walton is the richest woman in the world, at a reported $44.9 billion, but her vacation spot is not nearly as lavish as her counterparts on our list.

This year Walton, a voracious horse trainer and breeder, sold the last of two Texas ranches that long sat in her real estate portfolio. Nestled in the town of Millsap, Walton offloaded both but doubtlessly enjoyed a last hurrah before shipping off to her new home in Fort Worth, Texas.

Walton is a dedicated philanthropist and art lover. She founded the Crystal Bridges Museum of American Art, and serves as chairman of the board, in Walmart’s hometown of Bentonville, Arkansas. 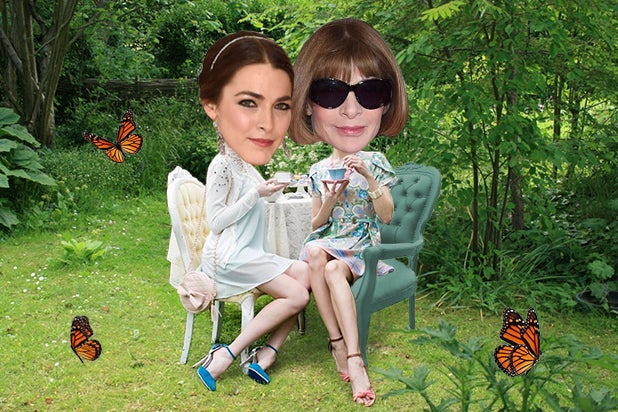 WHO: Anna Wintour, hosting the wedding of daughter Bee Shaffer and director Francesco Carrozzini, at her Forge River estate in Mastic, N.Y., on Long Island.

STATUS: Conde Nast’s creative director and long-reigning editor of Vogue is looking warily toward retirement, numerous outlets have reported over the last year (she denies any plans to leave her job). Not that a possible abdication is slowing her down.

Wintour was named the most powerful woman in media by Forbes last year, a nod to the iron clutch she has on the famed magazine publisher despite continued setbacks. Her relevance never takes a hit despite the challenges of print media. Vogue’s authoritarian hold on fashion and beauty has transferred seamlessly to social media (ask Beyoncé, a few notches above here) with series like the YouTube makeup tutorial show “Beauty Secrets” earning hundred of millions of views thanks to stars like, well, Jenner, Paltrow, Hailey Baldwin and Priyanka Chopra.

Wintour is also never far from Hollywood’s mind. Her efforts in making the annual Met Gala the American social event of the year was a key plot point in Warner Bros.’s 2018 caper “Ocean’s 8,” which features a brief cameo from Wintour herself alongside Sandra Bullock, Rihanna, Anne Hathaway, Cate Blanchett and Helena Bonham Carter. 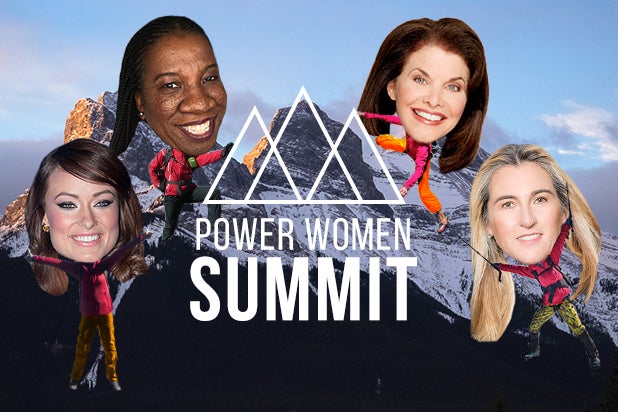 Fall Forecast: We know where top women executives, talent, thought leaders and game changers will be at summer’s end — the inaugural Power Women Summit in Los Angeles, taking November 1 and 2.

Produced by Wrap Women, the event will be the largest ever gathering of the most influential women in entertainment, media and technology. The summit represents a significant media platform to celebrate positive examples of individuals and companies that are paving the road to greater inclusivity. It is also a launchpad and catalyst for concrete measures to help the media and entertainment industry move toward gender equity across the board.

And you can join them — start here.