A version of this story about “Moonlight” appeared in TheWrap Magazine’s The Race Begins Oscars Issue.

A number of films got a boost at the Venice, Tellurice and Toronto International Film Festivals this fall, but nothing went from obscurity to hot property quite the way “Moonlight” did. After a strong bow in Telluride, Barry Jenkins’ deeply moving drama, which ventures bravely into the treacherous world of drug dealing, crack addiction, love, poverty, family and sexual identity in Miami in the 1990s, screened to a rapturous reception in Toronto, followed by an emotional Q&A with a tearful cast.

Using three actors to play the main character, Chiron, the film follows a boy who is so shy and alone that he barely notices his own conflicted sexuality in a community where being gay is an invitation to be targeted. Based on a play by Tarell McCraney, the film was released by A24 in October to raves.

Wrote Sam Fragoso at TheWrap: “It’s a humanist film; it’s about people, and it’s got a pulse. It presents characters as idiosyncratic, domineering but mostly fearful — timid creatures ambling through life in the hopes of finding refuge.”

Barry, how personal is the story of “Moonlight” to you?
BARRY JENKINS It’s sort of about my experience and Tarell’s experience. The character Naomie plays, Paula, is a composite of my mother and Tarell’s mother.

The film is about family, love, but also sexual identity — it’s talking about somebody who’s grappling with his sexual identity in a community where that’s not OK. Barry, why take on this issue? It’s not your issue personally, necessarily.
JENKINS When I read Tarell’s piece, our biographies were so well aligned, with the exception of our sexual orientation. And yet, in the source material that was a key component of the character. I don’t think it’s why Tarell wrote the piece, but it’s such a large part of his identity that it made its way into the character. And I loved it right away. And part of me felt like, “Well, why wouldn’t I do this? As an ally, why would I not undertake this?” It’s a beautiful story.

Let’s go to the three actors who play the main character. Alex, how was it playing Chiron for you?
ALEX HIBBERT It was a good experience. Usually, I would think this acting career is mostly talking. But with Chiron, he doesn’t even have to talk to express how he feels. That’s what I like about him. 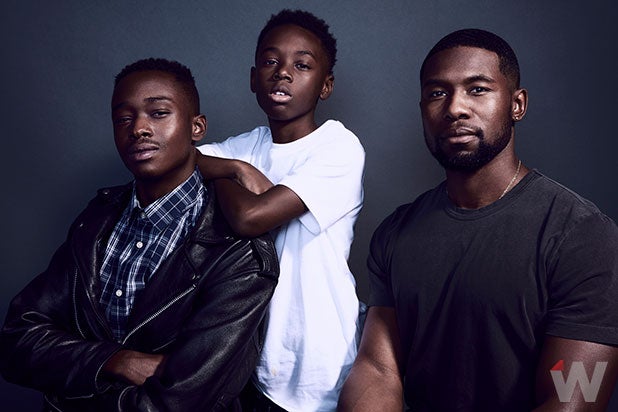 And you, Ashton? You play Chiron in the key teen years, when he’s really in conflict with his mother.
ASHTON SANDERS It was a great experience for me. Very in-depth emotionally, testing the limits of my acting experience. It was pretty dope.

And then there’s Trevante…
TREVANTE RHODES I play the eldest version of Chiron, obviously. For me, as they said, it was a great experience to work with someone who kind of just allowed you to go and be free, and then have the opportunity to work with great actors who also have that emotional availability.

Trevante is big–he doesn’t have the same build as the other two actors who play Chiron, and he doesn’t look like somebody who would be grappling with homosexuality.
JENKINS Which is what I love about Trevante’s performance, and really why we cast him. Trevante walked in, and he wasn’t what I’d seen in my head for the character. But looking at him right away, I thought, “OK, the character fortifies himself so much to become this.” I felt like all these actors were so good in their bodies that you could look in their eyes and really believe that this became that became this. And I think it happens all the time in the neighborhood we grew up in.

Also Read: Toronto Film Festival: 10 Films That Got a Boost, 5 That Didn't

Naomie, can you talk a little bit about why you agreed to take on this role, which is essentially a mother who has abandoned her child and is lost to drugs?
NAOMIE HARRIS I grew up with a very strong, intelligent, powerful mother who had me at 18 and raised me on welfare but then went on to become a screenwriter and did extraordinarily well. And I was raised in a community of women who were like that, intelligent and capable and really inspirational. So I’ve always felt a responsibility to represent those women on screen, because you don’t often see them. So I didn’t want to play a crack addict–I’ve always drawn the line and said, “I’ll never play a crack addict, because I want to portray positivity.”

But the script was so beautiful and Barry was so convincing in telling me why this was an important role for me to take on. And also, I felt, here’s an opportunity for me to play a crack addict in a completely different way, and give her many more layers and complexity.

Was it hard to go there?
HARRIS It was really hard. The thing that I discovered, actually, that really helped me, was that the vast majority of the women with a crack addiction that I studied had experienced rape or some sort of sexual trauma in their life. They were using the drugs to escape that trauma, to escape themselves in a way. And I think as actors, that is what we’re doing: We inhabit souls, because on some level we are uncomfortable in our own bodies. And that was my in to really understanding Paula and being able to relate to her. 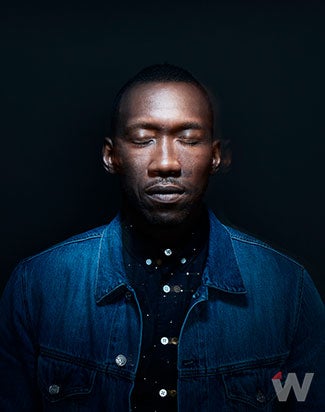 Mahershala, you play a drug dealer who’s selling drugs to Chiron’s mom, yet you care for him in a very real and authentic way. That’s another unexpected, unconventional, breaks-the-rules character.
MAHERSHALA ALI I was so drawn to this piece because drug dealers, people who come up in urban environments like this, when you see them on the page they’re not three-dimensional like that. He was just a reflection of the people I knew, that I grew up with — yes, they may have sold drugs, or just got out of jail for two- or three-year stint for committing some crime. But they were also people I hung with and played on teams with and went to camp with and spent a lot of time with.

He was drawn so vividly, and fleshed out. He relates to Chiron in the way that he gets to serve as a mentor and a guide and a sincere friend — he’s someone who deeply understands this young man and has empathy for him. And to step into those shoes as an actor was wonderfully fulfilling. It was the best script I’ve ever had the opportunity to read.

So far, we know you mainly as your character on House of Cards, who’s this very polished, button-down, Washington power player. This is really as far as you could get from that character. Are you at all similar to Naomie in wanting to represent black characters in a particular light?
ALI Well, I always have to look at what the larger point of the narrative is. I will play a quote unquote villain, as long as the villain loses and what is right stands out clearly in the end. I really respect and appreciate Naomie’s point of view, because there haven’t traditionally been enough positive and diverse representations of black women and people of color. And so it’s something to be really conscious of, as we make our choices–if you have a platform and an opportunity to make choices, make those choices intelligently.

But it’s still very important to us to put a mirror up to our culture, and try to embody and reflect these truths, so that people have an opportunity to see what is positive and what might be considered negative. Then you are able to have a conversation and move toward a point of growth and improvement.

Also Read: When Naomie Harris Decided it Was OK to Play a Crack Addict (Video)

I think it’s important to have productive images. There are other things that people can turn to that are either more sensational or are actually more authentic. But if you don’t give people a productive, honest, organic image of their lives, they’re going to start to think they don’t exist. I think there’s a space to be filled. That was never the point, but I think that’s the function. 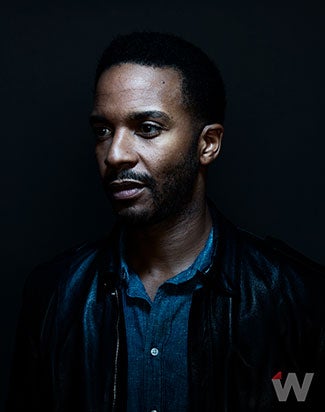 André, you play a childhood friend, and essentially a love, of Chiron. And there’s this amazing scene toward the end of the movie where the two of you meet after 10 years of being apart. How was it to film that scene, where you’re at this diner where you work, but there’s this electricity going on between the two of you?
ANDRÉ HOLLAND Well, thanks to Barry we got to shoot a lot of that scene in long
takes, to feel the shape of the scene and really just go on the ride. For me personally, I always am attracted to characters who are, like these guys, vulnerable. Be they black, brown, queer, trans, poor–people who are living in the margins but are having incredibly complex experiences. I’m grateful to be a part of it.

Trevante, how was that scene for you?
RHODES The scene was great for me. I have a lot of respect for Andre, a lot of love for who he is as a person. And I felt like that translated to the story, because I felt like that was something that Chiron really appreciated about Kevin, that he really looked up to. And so it was just an art-imitates-life kind of thing.