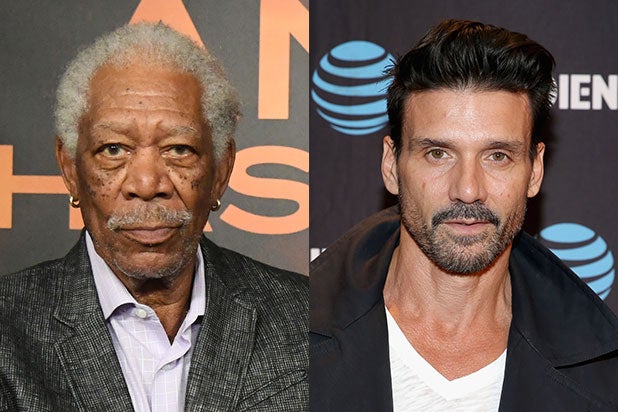 Adams and William R. Barber penned the script for the film, which will be produced by Michelle Chydzik Sowa and Michelle Reihel, with Barber also serving as executive producer. Highland Film Group is handling worldwide sales for the title that will be introduced to buyers at the Toronto International Film Festival next month.

“Panama,” inspired by true events, is set in 1989 and follows James Becker (Grillo), a rugged ex-marine who is sent undercover by his former commander (Freeman) to execute a high-value deal. He must navigate through the local civil war to fight assassins and court femme fatales. Principal photography is set to begin in November.

Freeman won an Academy Award for his performance in “Million Dollar Baby” and is known for his roles in “Shawshank Redemption,” “Driving Miss Daisy,” “Lucy,” “The Dark Knight Rises,” “Invictus” and many more. He can currently be seen in “Angel Has Fallen.” He is represented by CAA.

Grillo’s credits include the “Captain America” and “Purge” franchises, as well as “Warrior” and “Zero Dark Thirty.” He also recently starred in the brawl thriller “Donnybrooke,” which debuted at TIFF last year. He will next be seen in “The Hitman’s Wife’s Bodyguard” alongside Ryan Reynolds and Samuel L. Jackson. He is represented by CAA and Management 360.

Adams’ credits include “The Lightkeepers,” “The Golden Boys” and most recently “An L.A. Minute.” He is represented by Claire Best & Associates.

Morgan Freeman: 8 Things You Didn't Know About Him (Photos)

Morgan Freeman has been in show business for over 50 years

Morgan Freeman is quite possibly the most well known actor around and if you haven't seen him you've definitely heard him.