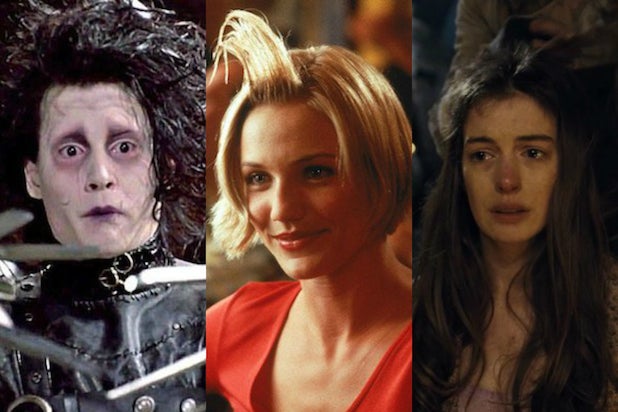 Some of the most iconic hair fashion statements of all time are movie hair. Cher Horowitz in "Clueless." Holly Golightly in "Breakfast at Tiffany's." David Bowie's hair in "Labyrinth." The list goes on. And then there's the not so good hair moments in the movies. Arguably the most famous of those is having its 20th anniversary this week, the infamous "hair gel" scene from "There's Something About Mary." In honor of that classic and unfortunate hair gag, we decided to look at some of the other times that things in movies got a little hairy. 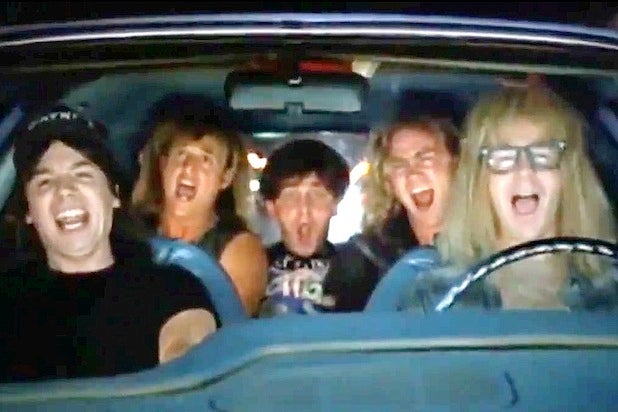 Paramount Pictures
"Wayne's World" If you don't have Wayne and Garth's hair flaying wildly when you're headbanging to "Bohemian Rhapsody," you're doing it wrong. 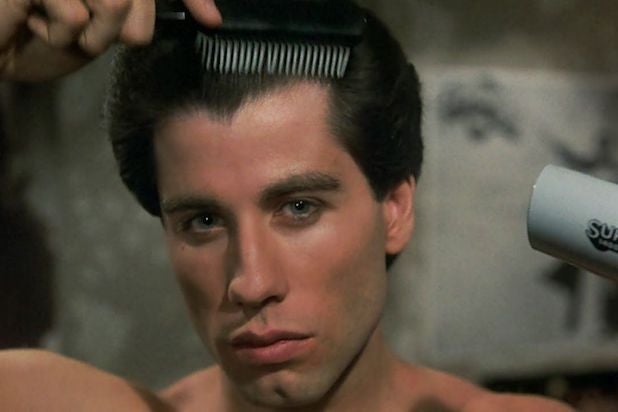 Paramount Pictures
"Saturday Night Fever" John Travolta's meticulous hair quaffing in "Saturday Night Fever" tells us so much we need to know about Tony Manero. But in the dinner table scene when his father smacks him in the back of the head, you can tell he's genuinely, emotionally hurt by his father's gesture. "You know, I work a long time on my hair, and he hits my hair!" 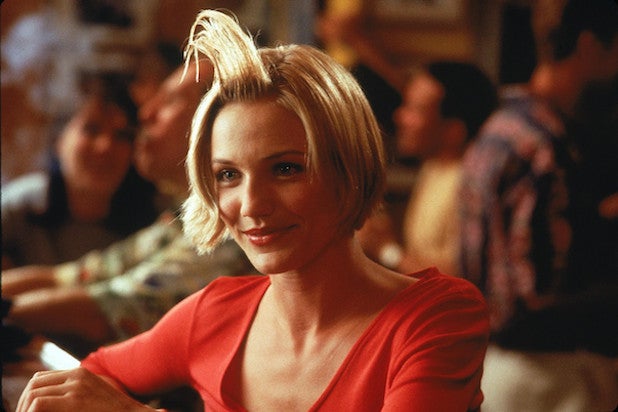 20th Century Fox
"There's Something About Mary" Why does this scene work as well as it does? The gag isn't especially plausible, but it taps into that crippling fear that the world somehow knows the dirty deed you've just done in the privacy of your own bathroom. And Cameron Diaz's hair, that absurd, rigid spike in the middle of her head, is like Ben Stiller's worst fears staring him straight back in the face. 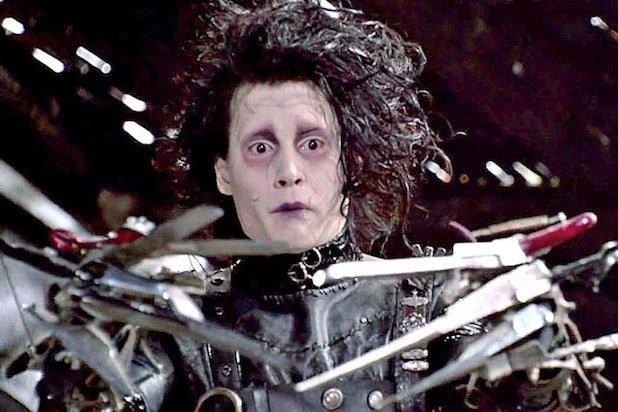 20th Century Fox
"Edward Scissorhands" "That was the single most thrilling experience of my life," a woman says after hair starts flying thanks to Edward Scissorhands's quick work. Johnny Depp's goth look in front of the colorfully garish suburbia in Tim Burton's film is still twisted, surreal and funny, and the 'dos he styles are still sharp. 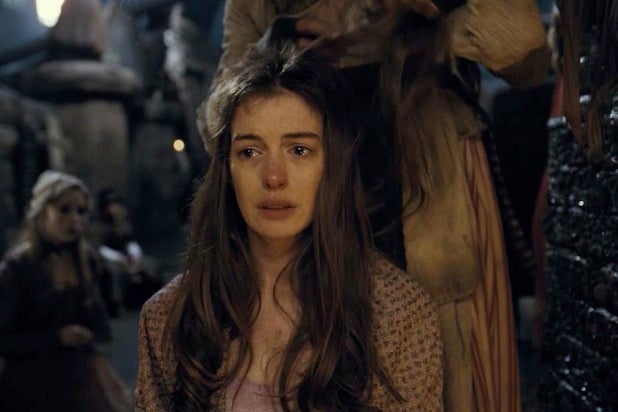 Universal Pictures
"Les Miserables" Anne Hathaway looks in pure agony as she's getting her locks lopped off in this garish scene from "Les Miserables," selling quite literally every piece of herself to save her daughter, even hair as nice as her's. 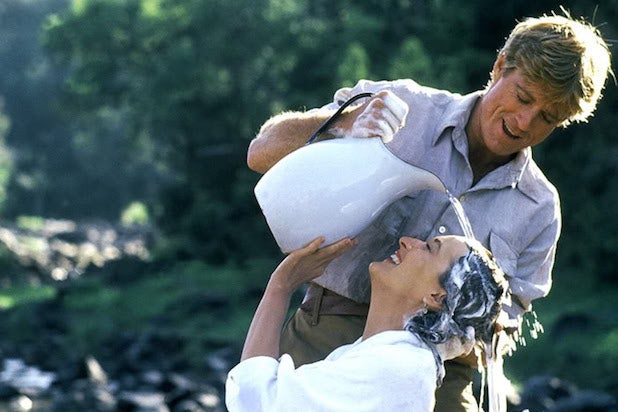 Universal Pictures
"Out of Africa" Easily the most romantic scene on this list, who wouldn't be swept up by Robert Redford quoting poetry, standing in the sun and caressing your hair? 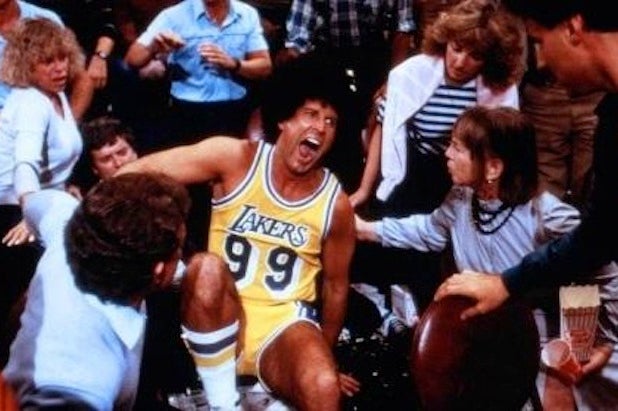 Universal Pictures
"Fletch" "He's actually 6-foot-5, 6-foot-9" with the afro." Chevy Chase wears a lot of costumes and wigs in "Fletch," a cult-favorite '80s comedy starring Chase as an investigative journalist. But this daydream sequence with him in a Lakers jersey and a big afro getting the ball from Kareem Abdul-Jabaar is the best. 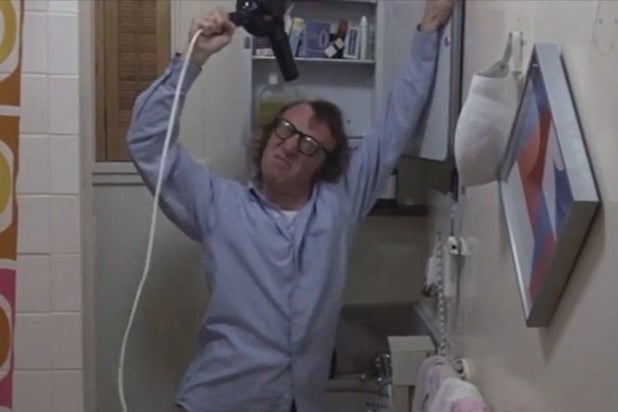 Paramount Pictures
"Play it Again, Sam" Getting ready for a date can be stressful. And in one of Woody Allen's early films, he stages this fight with a hair dryer as he gets ready, with the power of the air hilariously overpowering his nebbish frame to the floor. We've all been there. 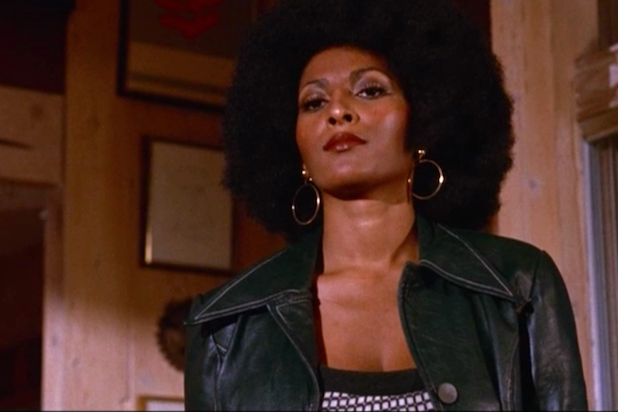 American International Pictures
"Foxy Brown" In this classic blaxploitation film starring Pam Grier, Foxy Brown surprises a mobster thug by pulling a pistol out of, where else, her killer afro. Quentin Tarantino would later reference this film in "Jackie Brown." 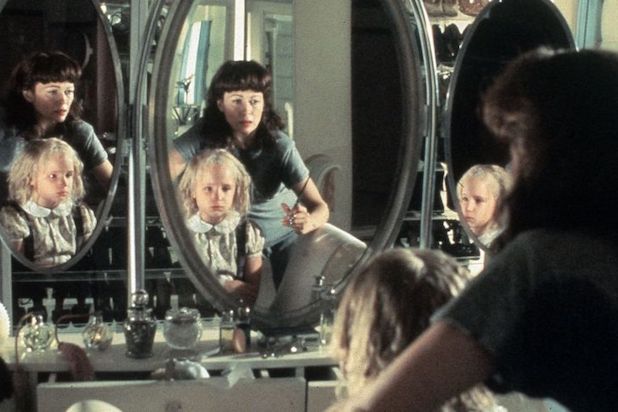 Paramount Pictures
"Mommie Dearest" Faye Dunaway as Joan Crawford is in absolute hysterics throughout much of "Mommie Dearest," but this haircut scene is especially excruciating, exposing Crawford's absolute vanity. "I'd rather you go bald to school than looking like a tramp," she shrieks. 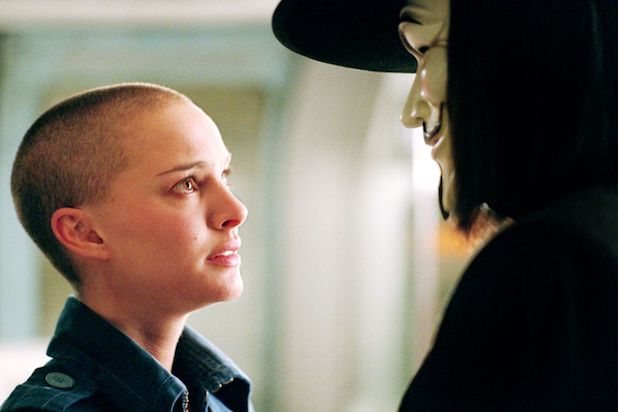 Warner Bros. Pictures
"V for Vendetta" Somehow there's not many better symbols for government oppression than the image of Natalie Portman weeping as her head is being shaved. But Portman actually still looked pretty good. Another runner-up is Demi Moore's similar shave in "G.I. Jane."
KEEP READING..