The first stage of the custoday battle over Michael Jackson’s three children has been resolved. 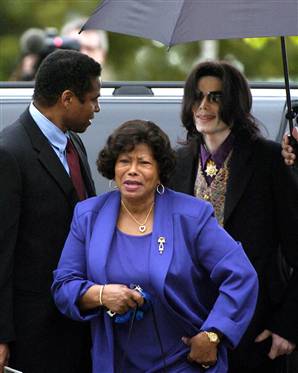 An Aug. 3 hearing has been scheduled to determine permanent custody.

However, Debbie Rowe, the mother of the older two children, could go into court as early as Monday seeing to set aside the decision, saying that she wants custody because of her being the mother of two of the kids, Steve Cron, a Santa Monica-based family law expert told The Wrap.

The motion would be done as an emergency request because she has right to be the custodian.

The three children have been with Jackson’s mother at the family compound in Encino. She and Jackson’s father are separated; Joe Jackson resides in Las Vegas.

In documents filed in Superior Court, Jackson’s parents said they believe their 50-year-old son died without a valid will. They also requested they take charge of his potentially lucrative financial empire and act as permanent caretakers of his three children.

The judge did not rule on the requests to take charge of the children’s and Jackson’s estates.

Jackson’s father told CNN Sunday that he expected to get full cusody, “We’re not trying to get custody. We will get custody and have custody.”

The probate court, however, merely ratified the current situation allowing the children to stay with the Jackson’s mother. What could potentially tarnish Joe’s guardianship of the children is that Michael had publicly denounced his father, claiming physical abuse.

But just because "his son said his father abused him 30 or 40 years ago doesn’t mean his father could not be considered for guardianship,” said Cron. “People change.”

According to the petition filed in court, Katherine Jackson claimed that the children have “no relationship with their biological mother."

Rowe initially gave up her custody rights to their father but in 2006 regained those rights, setting the stage for a custody battle and millions of dollars in child support payments from the singer’s estate.

She also retained visitation rights during all of these squabbles, but it is not known how many times she has seen her children. Rowe has not divulged her plans since the death of Jackson last week.

The mother of his third child, Blanket, has not emerged publicly to assert any claims, nor has any information surfaced about the details of her paternity deal with Jackson.

Another name that has surfaced as a possibly guardian is Grace Rwarmba, the Rwandan nanny who became the gatekeeper to Jackson and the caretaker of the children until she was fired. In a report in the London Times on Sunday, Rwarmba said she acted like a de facto mother to the children and they are comfortable with her, suggesting she might try to return to the Jackson fold, especially since Michael’s mother is elderly and has her own health problems.

Rwarmba is also a controversial figure, widely disliked by at least two of Jackson’s brothers, Randy and Jermaine, in part because she refused to let family members see Michael at a time last year when there were reports that he was close to death because of his addiction to prescription medications.