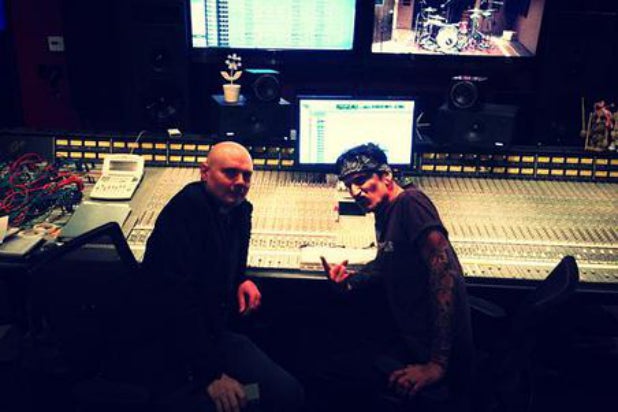 The band posted to its official website Wednesday: “Just finished round 1 of tracking drums with Tommy Lee for the new the Smashing Pumpkins album. Shockla-locka-boom. Yes, that T Lee for all 9 songs of ‘Monument To An Elegy.'”

The post was accompanied by photo evidence of Lee and Smashing Pumpkins’ lead Billy Corgan in the studio.

Both “Monuments to an Elegy” and other new Smashing Pumpkins’ album “Day for Night” are expected to be released in 2015.