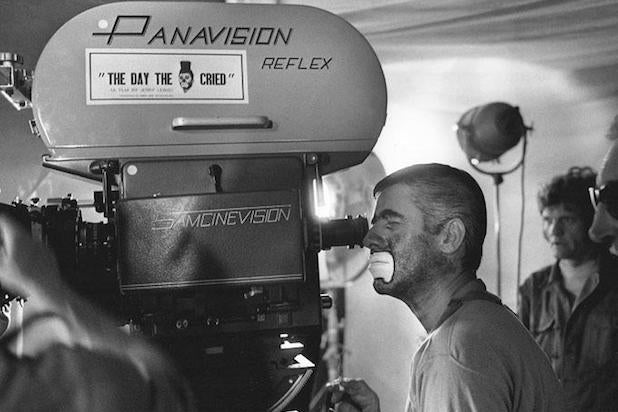 Jerry Lewis’ 1972 Holocaust movie “The Day the Clown Cried” is one of the most famous unreleased films of all time. The comedian directed and stars as a German circus clown who’s forced by the Nazis to perform for Jewish children and lead them into the gas chambers at concentration camps.

Over the years, Lewis has said he was both “embarrassed” by and “proud” of the film, which has been locked away for 43 years, but if you’re willing to wait another decade, you may just get a chance to see it.

In an interview with its moving-image curator Rob Stone, the L.A. Times reported that the Library of Congress has acquired a substantial collection of Lewis’ work and been granted permission to screen “The Day the Clown Cried” — but not for 10 more years. That means the embattled film won’t debut until 2025, more than 50 years after it was shot.

“The Day the Clown Cried” is now the film with the most futuristic release date by several years, surpassing “Avatar 4” with its tentative release date in December 2019 and a trio of untitled Warner Bros. movies in 2020.

The curiosity factor is sky-high for “The Day the Clown Cried,” which has been called a “disaster” by the film’s own writer, Joan O’Brien, as well as “drastically wrong” by “The Simpsons” veteran Harry Shearer.

Be sure to pencil Lewis’ lost movie into your 2025 release calendar, and in the meantime, watch some footage from the film as well as behind-the-scenes material below.