Mel Gibson is on the comeback trail this year between his new directorial effort “Hacksaw Ridge” starring Andrew Garfield and the action-thriller “Blood Father,” in which he channels his best Liam Neeson-in-“Taken” impression.

Now we can get our first glimpse at Gibson in vengeance mode, as Icon Films has released the first trailer for “Blood Father,” in which he plays an ex-con who comes to his daughter’s rescue when she becomes the target of dangerous drug dealers.

Erin Moriarty plays Gibson’s daughter, whose drug kingpin boyfriend frames her for stealing a fortune in cartel cash. She and her perennial screw-up of a father are forced to go on the run, prompting Gibson to dispense his own brand of justice against those chasing them.

William H. Macy and Elisabeth Rohm co-star in the indie film, which Jean-Francois Richet (“Mesrine”) directed from a script by Peter Craig.

While “Blood Father” doesn’t have an official U.S. release date yet, it could coincide with the film’s Australian release on Aug. 25. Watch the trailer above and leave a reaction in the comments section below. 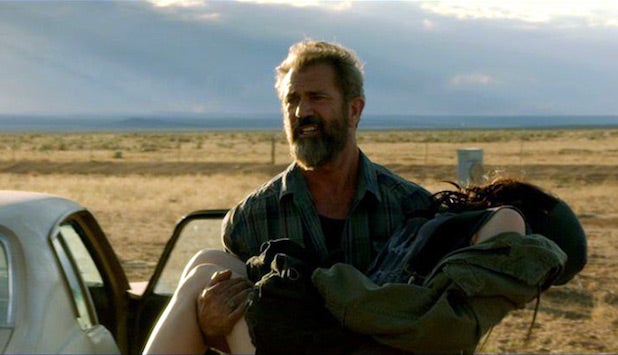