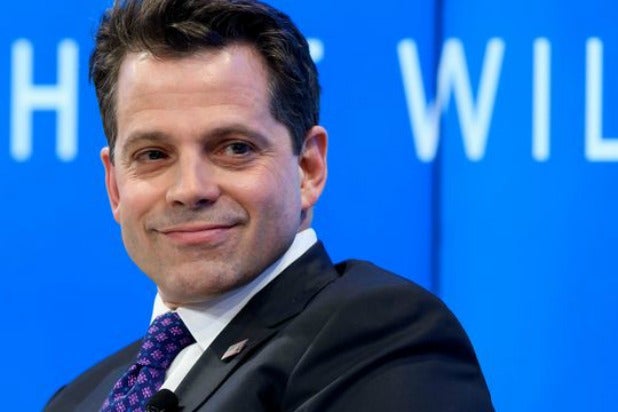 On the off chance you’ve been craving yet another news outlet, let us introduce to you: The Scaramucci Post.

Anthony Scaramucci, the former White House Communications Director whose tenure lasted 10 days, is starting his own news service, he announced in a video on Twitter Wednesday. The video was posted to a new handle, @ScaramucciPost. The account’s description simply says “Coming soon. Follows ≠ Job Offers.” If this new account is anything like Scaramucci’s personal one, we can see why he would head any misconceptions about job offers off at the pass — because that would mean a whole lot of employees.

The account has been active since August, and has been making good use of Twitter’s poll feature. It’s had questions like “Do you believe Jesus Christ to be the Son of God and the awaited Messiah (Christ) prophesied in the Old Testament,” and “Are eggs good for you? Please explain your answers (if you can).”

Do you believe Jesus Christ to be the Son of God and the awaited Messiah (Christ) prophesied in the Old Testament.

Please explain your answers (if you can).

The account also seems to enjoy using as many emojis as possible.

Also Read: Anthony Scaramucci Will Co-Host 'The View' Next Week

The Mooch, who became infamous as a White House staffer for an expletive-filled interview with The New Yorker’s Ryan Lizza, said that The Scaramucci Post will “be the center lane in a two-lane highway,” and that it will be “about moderation,” and have the tagline “everything in moderation, including moderation.”

The announcement of Scaramucci’s new venture comes off a handful of appearances on the late night and talk show circuit–he recently co-hosted “The View.”

Scaramucci also said that the new website will be a “world-class experience” and focus on “what is right and wrong in society now instead of what is left and right.”

This makes Scaramucci the second White House staffer to leave and then focus on the news business. We’re looking Breitbart’s leader Steve Bannon, who Scaramucci accused of self-fellatio in that wild interview.

There will be a launch party on Oct. 2 in New York City.

Over on Twitter, there is a healthy amount of skepticism about The Mooch’s new project. Check out some hilarious responses below.

I feel like I’m watching someone slowly descend into madness. https://t.co/UGf0eAGRa0

Anyone else think of Andy from The Office watching this? He says "Scaramucci Post" 90 times in ten seconds. https://t.co/dCIbsdJDAb

tryin to help my dude @Scaramucci by dankin up that @ScaramucciPost video over here pic.twitter.com/D3b8OtKPcj