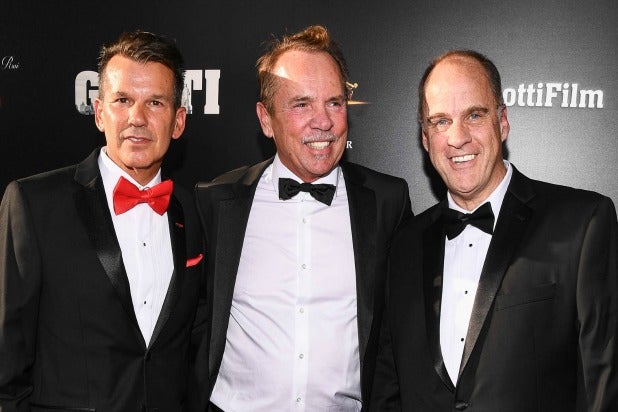 MoviePass’s parent company Helios and Matheson Analytics Inc. announced plans on Tuesday to spin off the subscription movie-going service to create a new subsidiary that would become a separate publicly-traded company.

The new subsidiary, named MoviePass Entertainment Holdings Inc., would become a vertically integrated film production, marketing and exhibition company. MoviePass would take ownership of the shares of MoviePass Inc. and other film related assets held by Helios and Matheson

The new publicly-traded company would consist of four different assets that included the shares of common stock of MoviePass, held by Helios and Matheson, which currently comprise approximately 92 percent of the outstanding shares (excluding options and warrants) of MoviePass.

But spinning off MoviePass to create this new publicly traded company isn’t a foregone conclusion.

Helios and Matheson’s stock opened Tuesday’s trading session at 2 cents per share. The company has struggled to maintain the $1 per share level required by Nasdaq rules. As it stands, Helios and Matheson is at risk of being delisted from the Nasdaq exchange if it can’t boost shares above $1 by Dec. 18.

The company has had its fair share of skeptics who have balked at the business model and sustainability of at one point paying for subscribers to see a movie a day and only charging $10 a month. (MoviePass has toyed with that model and now limits subscribers to three movies a month).

While there’s not a one-to-one causation for delisted companies going bankrupt, according to the Securities and Exchange Commission’s website, “In most instances, companies that file under Chapter 11 of the Bankruptcy Code are generally unable to meet the listing standards to continue to trade on Nasdaq or the New York Stock Exchange.”

“We believe this new vertically integrated entertainment ecosystem, if achieved, would provide a sharper market focus, and that the combination of these four business lines under the MoviePass Entertainment umbrella would produce substantial synergies that we believe will generate value for our shareholders, subscribers, and business partners,” Farnsworth said in a statement.

Since acquiring MoviePass last August, Helios and Matheson has poured tens of millions of dollars into the monthly subscription moviegoing service, fueling its ability to sign up 3 million-plus users in less than a year.

However, that subscriber growth has proven costly since the company pays movie theaters full price for every ticket its subscribers purchase, meaning that even occasional MoviePass users have driven the company further into the red. In the company’s most recent second quarter earnings report, it reported a loss of more than $100 million during the quarter. Plans to dredge up additional revenue by selling user data or investing in its own films have yet to generate significant revenue.