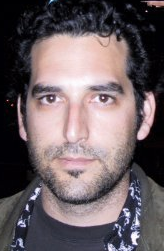 New Line has hired "Swing Vote" co-writer Jason Richman to write the script for "MacGyver," a big-screen adaptation of the popular adventure series that starred Richard Dean Anderson, according to the Hollywood Reporter.

From 1985-1992, the ABC series followed a crafty secret agent who used clever, science-inspired tricks to escape danger in the nick of time. The inherent problem with a "MacGyver" movie is that the audience knows that the main character will always find his way out of trouble, but I suppose the fun lies not in what MacGyver does, but how he does it.

Richman previously wrote "Bad Company" and the English-language remake of "Bangkok Dangerous." He also did uncredited work on New Line’s "Rush Hour 3" and worked on a draft of "Beverly Hills Cop 4" for Paramount, so he’s well-versed in writing fun action movies with an emphasis on comedy.