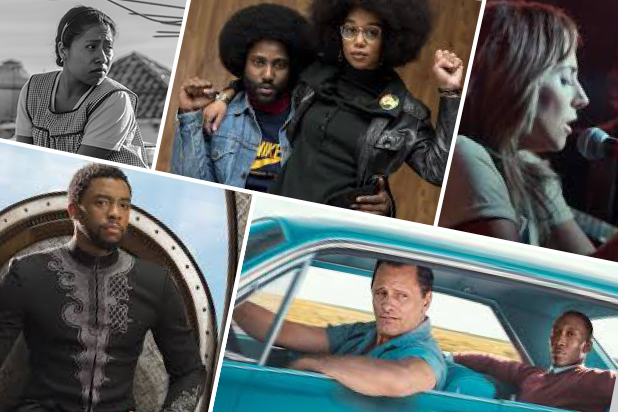 The growth was primarily driven by the $11.9 billion earned in domestic theaters from hits like “Black Panther” and “Avengers: Infinity War” and critical favorites like “A Star Is Born.”

That surge for home entertainment is thanks in large part to a 27 percent increase in streaming/online video service subscriptions, which passed cable subscriptions for the first time ever with 613 million worldwide. The MPAA also found that Americans now spend 52 percent of their media time on a digital platform.

“In today’s dynamic marketplace, stories come to life for audiences in theaters, at home, and on the go,” said Charles Rivkin, Chairman and CEO of the MPAA in a statement. “Our companies continue to deliver content where, when, and how audiences want it – and the numbers released today speak volumes.”

The one category where there is continued decline is in 3D movie ticket sales. 3D sales reached $6.7 billion in 2018, accounting for only 16 percent of the total global gross and down 20 percent from 2017’s $8.4 billion global gross. Even in Asia, where 3D was still a relatively novel experience for many Chinese moviegoers, 3D decreased 14 percent year-over-year.

Back in the U.S., theaters continue to rely on frequent moviegoers, which the MPAA classifies as those who see at least one movie per month. These moviegoers account for 12 percent of the U.S./Canada population, yet account for 49 percent of all tickets sold.

But teenage and young adult audiences are showing strong turnouts, holding the highest per capita attendance amongst all age groups as both the 12-17 and 18-24 age groups were both found to have bought an average of 5.1 tickets last year. Audiences are also becoming more diverse. In a year that brought films like “Black Panther” and “Crazy Rich Asians,” ticket purchasing increased among Latinos and Asians with moviegoers compared to last year.