George Clooney and the Screen Actors Guild are working together on a plan to raise enough money  to reverse the planned closure of the Motion Picture and Television Fund’s hospital and long-term care facility, TheWrap has learned. 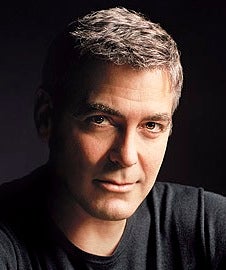 The plan involves seeking major donations from wealthy actors at a fundraiser that might well be a Clooney roast. But it is not clear that the fund would accept donations that are specifically aimed at saving the hospital and long-term care.

The fund announced in January 2009 that those facilities would close because of their high cost. The fund has had its normal, annual fundraisers, while continuing with plans to close the two essential facilities.

Asked about the efforts of Clooney and SAG President Ken Howard, MPTF CEO and President Bob Beitcher said, “The Fund has not been directly contacted by any of these parties. We are open to talking to any potential donors who are willing to step in and assume the ongoing funding of the MPTF Long Term Care unit.”

That statement suggests that the fund is uninterested in one-time donations, and will only discuss a longterm commitment — which may not be on the table at this time.

Insert: The Screen Actors Guild national board of directors has not taken an official position on the matter. But the board voted in July 2009 to support "stopping the closure of the MPTF Long Term Care facility, and the eviction of the elderly Residents who helped build the motion picture and television industry." 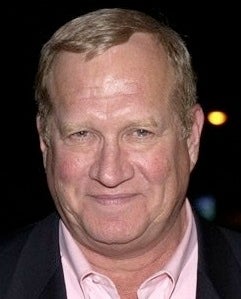 Clooney is among a growing number of prominent actors who are determined to see an end to the unresolved situation at the fund, with 60 elderly, sick people and their families declining to be removed from the facility, and the underinhabited facility continuing to bleed money.

In an email to TheWrap from a movie set in Hawaii, Clooney wrote that he was concerned about the ongoing standoff between the fund’s administration and the families of remaining residents. The closure was announced over a year ago, but their state remains in limbo because of the refusal of some families to leave.

“I’ve been talking with Ken Howard about a way to help raise funds to keep the motion picture home afloat,” Clooney wrote. “I think there’s a good way for the wealthier members to help out.”

Howard told TheWrap that they had explored other options in their conversations, such as imposing a sort of MPTF tax on actors who earn over $1 million, but that this raised legal problems.

“The other way is with big donations,” said Howard. “It more than puts the ball in their court. We’re saying: This is the way this is supposed to function.”

Howard has suggested an A-list celebrity roast of Clooney as an MPTF fundraiser, but the actor has not yet accepted. “He’d do it, to help the cause, and I think that’s the way,” Howard said.

Update: SAG’s first vice president Anne-Marie Johnson said that it seemed late in the day for A-list celebrities to step up to the plate. "The bigger question is why now? This should’ve happened the minute this announcement was made. How many people have died?" she told TheWrap.

The MPTF claims that the hospital and long-term care facilities are a drain on the fund, and that keeping them open endangers the rest of the fund’s activities.

The facilities were to have closed by the end of last year, but protests from family members has led to something of a stalemate, with the facilities still costing the fund about $1 million per month.

The debacle led to the resignation of CEO David Tillman in January, who had been criticized for mismanaging the facility and for having an inflated salary, and Frank Mancuso last month stepped aside as chairman of the fund’s board in favor of Bob Pisano.

Initially, Clooney and SAG President Ken Howard had been trying to implement an earmark of actor salaries above $1 million that would contribute $6,500 per million for the fund. But that proved legally impossible, Howard told TheWrap.

“We went through it, checked with the lawyers, but in terms of the MPTF it doesn’t work,” said Howard.

SAG has a vested interest in what happens in the MPTF, because the union’s health plan subsidizes medical care in the non-profit system.

And Howard said the attitude of the fund’s management – which has not responded to pleas by the families to mount a concerted effort to save the hospital or long-term care — was symptomatic of the larger debate over health care.

"I want to be as supportive as I can for what seems to have the markings of a grass roots uprising," he said.

"This whole thing seems like a metaphor for everything else in management and labor relations, how the industry looks at those who make a commitment of their lives and do the work."

He added: "It is the moral code of promises made, promises kept. My job is looking out for the rank and file of the industry, and pension and health have to be sacrosanct.I think that’s the big argument for this."