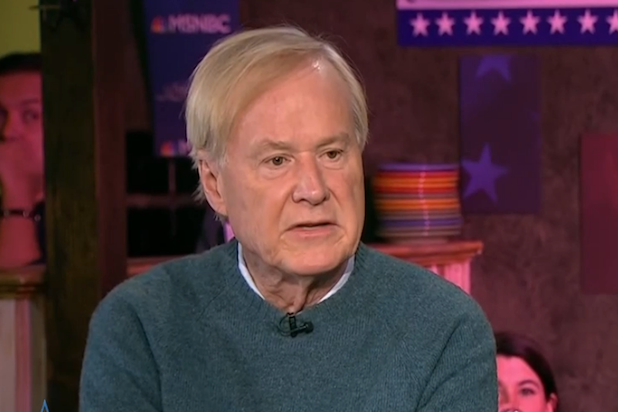 A female assistant producer for Chris Matthews, host of MSNBC’s nightly show “Hardball,” received a monetary payment after she accused him of “inappropriate comments and jokes about her in front of others,” an MSNBC spokesperson confirmed on Saturday.

In 1999, the unnamed female employee complained to network executives about the incident, according to the network spokesperson, prompting a review that led to a formal reprimand of Matthews for what was deemed at the time juvenile comments not intended as sexual propositions.

The accuser received a separation-related payment of “far less” than $40,000 when she left MSNBC and went on to numerous other positions in the media, the network spokesperson said, emphasizing that the network does not consider the monetary payment a “settlement.”

Matthews is the latest NBC News star caught up in accusations of inappropriate behavior in the last several months.

The network cut ties with “Game Change” author and frequent “Morning Joe” contributor Mark Halperin after numerous women accused him of sexual harassment and groping, senior vice president Matt Zimmerman after he failed to report a relationship he had with a subordinate, and most notably, longtime “Today Show” host Matt Lauer following complaints of inappropriate behavior.

Matthews worked with the U.S. Capitol Police when he first moved to Washington, D.C., and made an unsuccessful run the U.S. House of Representatives for Pennsylvania’s 4th congressional district in 1974.

He later became a speechwriter for President Jimmy Carter and was the chief of staff to Speaker of the House Tip O’Neill for six years.

In 1997, “Hardball With Chris Matthews” debuted on America’s Talking but is currently seen weeknight on MSNBC.

At the same time, he was also hosting a syndicated NBC News-produced political discussion show called “The Chris Matthews Show” on weekends from 2002 to 2013, at which time he announced he would focus his efforts on “Hardball,” writing nonfiction books about history and politics as well as producing documentaries.