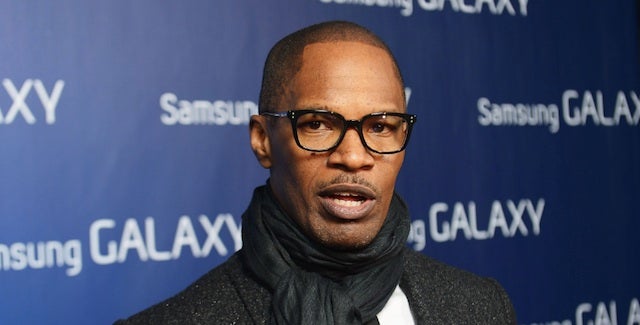 It probably won't rank up there alongside his Oscar, but Jamie Foxx will pick up a new piece of hardware at the MTV Movie Awards this Sunday.

The "Django Unchained" star will receive the “Generation Award” for his contributions to music, comedy and film. In addition to the career honor, Foxx is up for several prizes including the “Best Male Performance,” “Best Fight,” “Best Kiss” and the oh-so prestigious  “Best WTF Moment.”

“As a comedian, Academy award-winning actor and Grammy award-winning artist, Jamie Foxx is a triple threat superstar unlike any we’ve seen in a long time,” said Stephen Friedman, president of MTV, in a statement. “Jamie has captivated audiences for nearly two decades with a dizzying array of memorable performances, and we couldn’t be more excited to celebrate him at this year’s Movie Awards.”

Foxx's film credits include his Oscar-winning portrayal of Ray Charles in the 2005 biopic “Ray” and his Oscar-nominated performance in 2005's "Collateral."  He will appear in this summer's “White House Down” opposite Channing Tatum and is currently shooting “The Amazing Spider-Man 2," in which he plays the villain Electro.

Rebel Wilson will host the ceremony and perform with the rest of her "Pitch Perfect" castmates. Presenters include Brad Pitt, Peter Dinklage and Kim Kardashian.