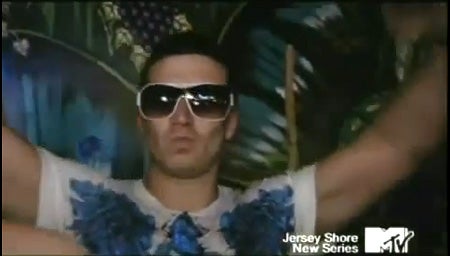 For those who thought “The Sopranos” was offensive in its clichéd depiction of the state of New Jersey, check this out.

Behold, a promo for MTV’s newest reality show, “Jersey Shore” — which appears to be more “Real World” than, say, “The Hills,” but no less absurd.

When I first saw the clip, I must admit, I thought it was a joke. Granted, as someone who spent the bulk of his childhood summers on the Jersey Shore, the idea of MTV doing a nuanced portrayal of the Long Beach Island surfing community never occurred to me.

It apparently never occurred to MTV, either.