Muhammad Ali graces the cover of this week’s Sports Illustrated, the magazine announced Saturday. It’s the boxer’s 40th time at the front of the magazine.

The portrait was shot by Neil Leifer while Ali trained at 5th Street Gym in Miami Beach on October 9, 1970.

Ali, who died late Friday in Arizona at age 74 after years of battling Parkinson’s disease, was a frequent SI subject over the years and had been named the magazine’s Sportsman of the Century in 1999.

A funeral is expected to be held in the athlete’s hometown of Louisville, Kentucky.

The Ali tribute issue, featuring photos and retrospectives by Richard Hoffer and others, will be the June 13 issue cover on stands June 8.

“Muhammad Ali was a singular force of athletics, humanitarianism and social equality unlike anyone in our history,” said Paul Fichtenbaum, Sports Illustrated Group Editor. “He was a fighter, and a champion, yet many of his most important victories came outside the ring. His legacy defines the very best of who we are and aspire to be.”

See the full cover below. 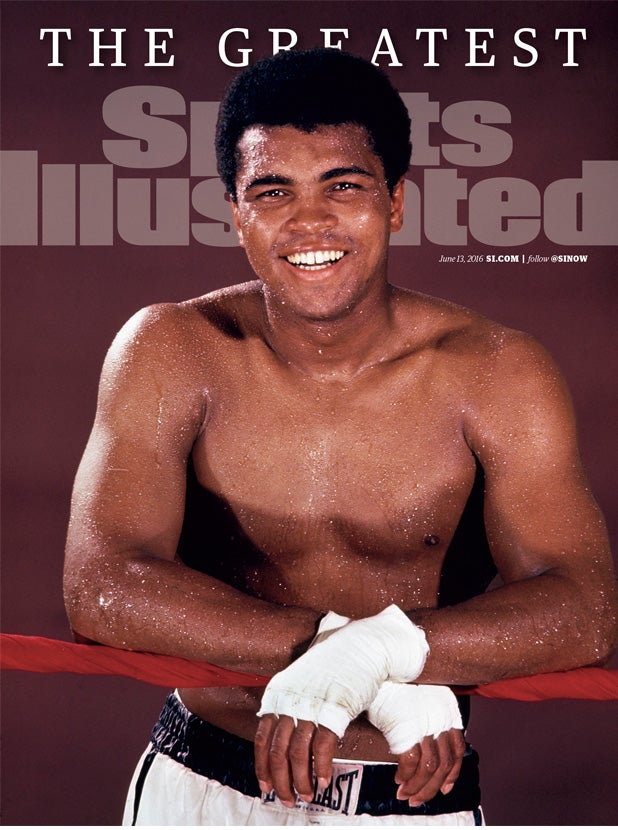