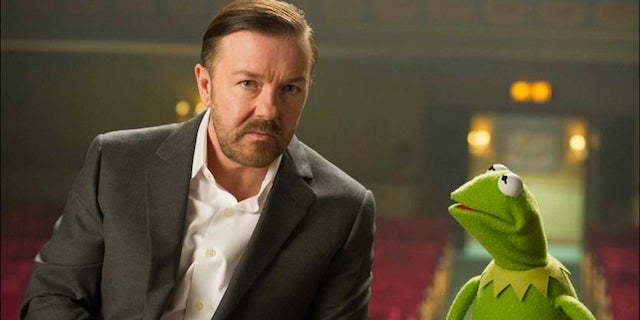 "Muppets Most Wanted" doesn't hit theaters until spring 2014, but Disney's expectations for the sequel to 2011's "The Muppets" are already pretty high.

A new teaser is hailing the March 21 release as "quite possibly, the greatest motion picture of all time."

While that statement will be hard to validate no matter how good the James Bobin movie actually is, at least the teaser also highlights an alluring cast including Tina Fey, Ty Burrell and Ricky Gervais, as well as cameos from Sean Combs and Salma Hayek.

As the title suggests, the rejuvinated franchise that Jim Henson created in the '70s will pick up when the Muppets become entangled in an international crime caper headed by the world's number one criminal — who also happens to look just like Kermit the Frog. Gervais plays the evil Muppet's dastardly sidekick Dominic, while Burrell portrays an Interpol agent, and Fey plays a feisty Russian prison guard.

Jason Segel doesn't return to write or star, but his Muppet brother, Walter, appears to have a crucial role.

Watch the trailer, below: