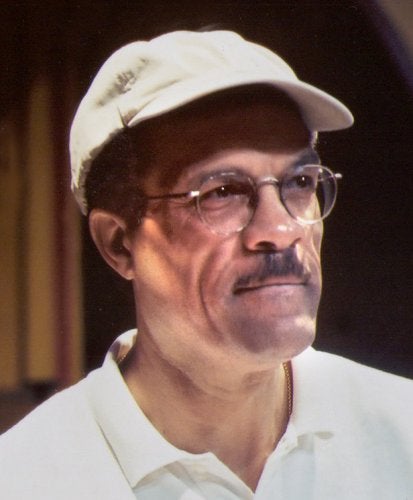 Los Angeles’ theater community will gather Saturday to celebrate the life and work of theater director Bennett “Ben” Bradley, who was brutally murdered earlier this month.

Bradley, 59, was a familiar and popular figure to audiences at East Hollywood’s Fountain Theater, where the stage director and producer worked for 17 years.

He frequently greeted theatergoers just before performances began and, in 2006, garnered L.A. Drama Critics Circle Ovation awards for both Production of the Year and Direction for his revival of August Wilson’s "Joe Turner’s Come and Gone.”

When Bradley hadn’t arrived at the theater for a Jan. 2 rehearsal of Ifa Bayeza’s “The Ballad of Emmett Till,” nor answered his phone, a stage manager left to check on him.

She made a horrific discovery at Bradley’s apartment north of Koreatown – he had been stabbed multiple times.

Bradley’s Fountain Theater colleagues are still in a state of shock.

"It’s a huge loss,” Stephen Sachs, the Fountain’s co-artistic director, said at the time, "not only for me personally and all of us at the Fountain, but also professionally it leaves a huge crater in our organization. We have to rethink and regroup.”

Earlier in that day, Sachs had attended a brief court hearing for Jose Fructuoso, 25, the man accused of murdering Bradley. Police describe the Mexican national as a lover of Bradley’s who lived about a block from the director’s apartment building.

Sachs said he, like his Fountain colleagues, had never heard of Fructuoso until the man’s arrest. Fructuoso is currently being held in custody against $1 million bond and faces a series of preliminary hearings and conferences that will eventually lead to his trial, unless he changes his not-guilty arraignment plea. His next date in court is Feb. 25.

Bradley’s memorial will take place at 11 a.m. at Barnsdall Art Park’s Gallery Theater in Los Feliz. Among those attending will be L.A. City Council President Eric Garcetti, who was instrumental in securing the venue.

In honor of Bradley’s passion for cooking — and for having prepared so many opening-night party meals — the tribute will be a pot-luck event. The public is invited but encouraged to RSVP at this link or by calling (323) 663-2235.