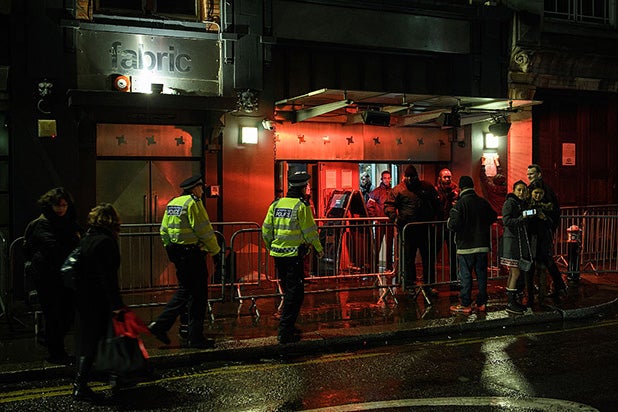 A London-based music photographer is quitting the industry due to what she says is “misogyny and bullying.”

In a statement and subsequent thread posted to Twitter, Sarah Ginn, who was the resident photographer at the famous Fabric nightclub, called out the industry for bullying based on her looks and her body.

“I got into this as I loved music and wanted to make it look beautiful and I have the upmost [sic] respect for those that create it,” she wrote. “But it’s not really enough if you get judged on just what you look like. It doesn’t matter what you achieve if people objectify you as fair game because you are backstage.”

She writes that while she got into the industry because of music, she was constantly bombarded with comments about her body and her sexuality rather than her music knowledge or other professional pursuits.

“I don’t want to make this a gender issue but I don’t want to have my sexuality questioned and the huge number of other things I have had to put up with.”

You can read her full statement below.

She continued, “music is about unity and should not discriminate due to gender, age, sexuality, physical appearance or race. Our differences enrich us.”

To continue, dialogue is needed to see why this happens, no shaming for there are many complex reasons why it does. Do not be a misandrist

And people still wonder why there aren't more women in all areas of the music industry. Love to @SarahGinnPhoto ???? https://t.co/2dtYVZ6D8E

Also Read: How HBO's 'The Deuce' Avoids Crossing the Line Into Sexual Exploitation

Ginn is just one of many who have made headlines this year calling out sexism in the music industry. Halsey, for example, told Nylon in April that female artists are unfairly branded.

“I think one of the problems is that female artists are so often tainted as pop artists even when they don’t necessarily intend to be. Female artists can put out the same style of a record as a male artist and when a male artist does it, it has a certain type of dignity,” she said.

Earlier this year, Lady Gaga was criticized following her Super Bowl performance about her weight. But she slammed back against critics.

And that’s just a small group of examples. Of course, one of the highest profile cases has been that of Kesha, who accused producer Dr. Luke of rape and emotional abuse. He has repeatedly denied the allegations.