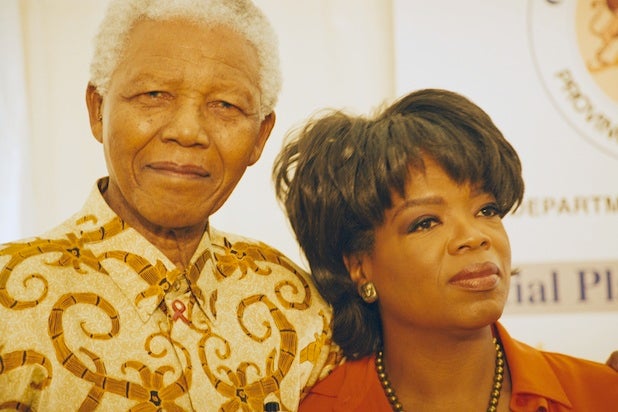 Oprah Winfrey is set to honor late activist and former South African president Nelson Mandela on Saturday’s live airing of the 45th Annual NAACP Image Awards at 9 p.m. ET/6 p.m. PT on TV One. The ceremony will be preceded by a one-hour live pre-show from the red carpet at 8 p.m. ET/5 p.m. PT.

Winfrey and Hart are also among the contenders for “Entertainer of the Year” alongside Beyoncé, Dwayne Johnson, Idris Elba and Nicole Beharie. As previously announced, Academy Award-winning actor, producer, director and 2014 Image Award nominee Forest Whitaker will receive the NAACP Chairman’s Award.

Paris Barclay and Cheryl Boone Isaacs, the first African-American Presidents of the Directors Guild of America and the Academy of Motion Picture Arts & Sciences, respectively, will be inducted into the Image Awards Hall of Fame.

The NAACP Image Awards are being produced by Reginald Hudlin and Phil Gurin. The production team will also include Tony McCuin as director and Suzanne Bender and Stephanie Sacco as talent producers.

The NAACP Image Awards will air on TV One through 2018.