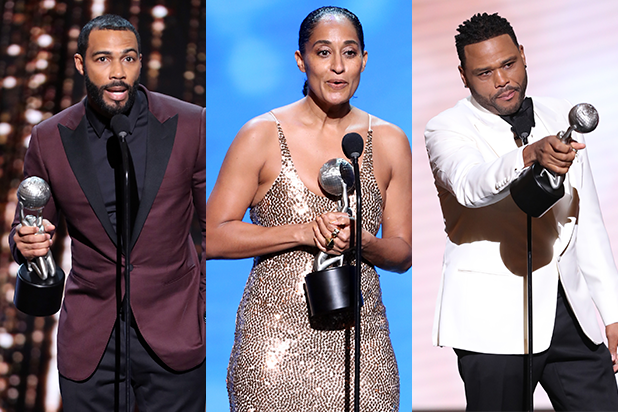 Filmmaker Ava DuVernay won Entertainer of the Year at the 49th NAACP Image Awards ceremony Monday night, which was hosted by “Black-ish” star Anthony Anderson at the Pasadena Civic Auditorium.

Also Read: Watch the NAACP Image Awards' Behind the Scenes Look at 'A Wrinkle in Time' (Video)

Martin Luther King Jr. was mentioned throughout the ceremony — it’s the first time the award show has landed on MLK day — and NAACP President and CEO Derrick Johnson said “there’s no better way to honor the legacy” of the reverend than to urge everyone to vote in 2018, and Danny Glover spoke of King’s impact in his acceptance speech for the NAACP President’s Award.

Forty-seven other Image Awards were handed out Sunday night during a non-televised gala dinner, including Outstanding New Artist for singer SZA, and writing and directing wins for “Get Out” director Jordan Peele. Idris Elba, Bruno Mars, Tiffany Haddish and Kendrick Lamar are among the night’s other big winners. For the complete list of winners from Sunday night’s non-televised portion of the awards ceremony, head over here.

See below for the full list of Monday’s winners.