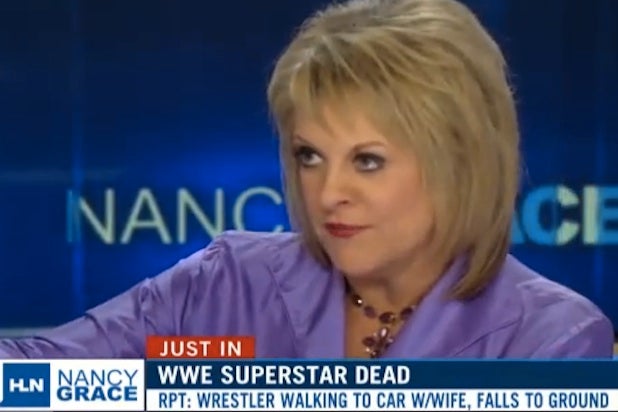 Former pro-wrestler Dallas Diamond Page found himself back in the ring Wednesday night, this time, facing off against HLN’s Nancy Grace.

Grace held the WWE icon’s feet to the fire on allegations that steroid use led to The Ultimate Warrior’s death.

“Whoa! Whoa whoa whoa, you know, we didn’t all, I’ve never used a steroid!” Grace interjected. “I wouldn’t know a steroid if it bit me in the neck!”

“I didn’t mean all, I’ll tell ya, I tried them back when I was a kid too,” Page said. “And it’s something when left in your body you’ll have some ramifications from that without question.”

I went on Nancy Grace last night expecting to discuss Warrior the man. Had I known the only topic discussed (cont) http://t.co/UZ6DTmaS9V

I went on Nancy Grace last night expecting to discuss Warrior the man. Had I known the only topic discussed would be steroids I would not have participated. At the time I was also unaware of the list that was shown to the viewing audience. To imply that all of the wrestlers on that list died from steroids was wrong and for that they owe the families an apology. Again, my only intention was to discuss Warrior the man and share some stories about how dedicated he was to the wrestling business. I am saddened that was not what happened and my thoughts remain with his family.