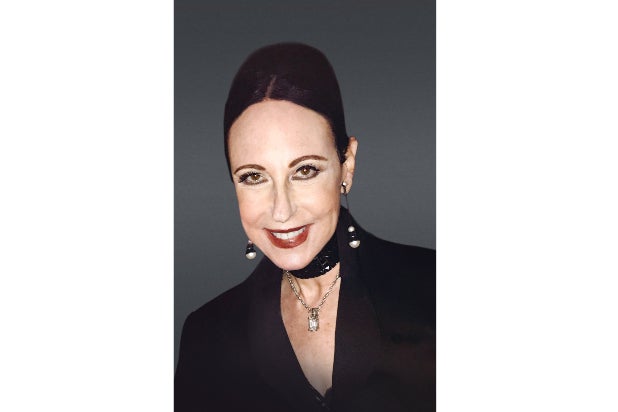 Nancy Lesser, a longtime media and talent relations executive at HBO, is leaving the company after 35 years.

Lesser reported to Quentin Schaffer, who until recently was also an executive vice president at HBO. Schaffer ran corporate communications for the former Home Box Office before stepping down this summer. He worked at HBO for 39 years.

They both follow Richard Plepler out the door. After 27 years at the company, the HBO chairman and CEO resigned from his post at the end of February.

Also Read: HBO in October: Here's Everything Coming and Going

Named executive vice president in February 2016, Lesser oversaw media and talent relations on both coasts. She directed PR and awards campaigns for “Band of Brothers,” “The Sopranos,” “Angels in America,” “Big Little Lies,” “Sharp Objects,” “True Detective” and “Game of Thrones,” among many other series, miniseries and TV movies.

Lesser joined HBO’s media relations department as a senior publicist in 1984. She was promoted numerous times since then, including when she was upped to the vice president level in 1994, which saw her move from New York to Los Angeles. Clearly, that one would not be her final time rising through the ranks at the prestigious premium-TV channel.

Before joining HBO, Lesser served as public relations director for Ford’s Theater in Washington, D.C. She also worked at ICM in the classical music division.

“Nancy was one of the first communication executives that I met when I moved to Los Angeles more than 26 years ago,” Kevin Brockman, executive vice president of global communications for WarnerMedia entertainment & direct-to-consumer, said in a Wednesday statement. “She was a force of nature then, and she is a force of nature now. She has built an amazing team at HBO and I’m proud to now work alongside them as we move towards the future. I’m sure that whatever adventures await Nancy in her next chapter, they will be as rich and rewarding as her time at HBO.”

“HBO has been a truly wonderful home for me for the last 35 years,” Lesser said. “I have had the distinct privilege of overseeing the most creative, dedicated and smartest communications team in television. Additionally, I have been extremely fortunate to be involved with some of the most groundbreaking and relevant programming and to have worked alongside the exceptional talent who created and executed these memorable shows. As I move on from HBO, I will be cheering the ongoing successes of this remarkable company as it continues to lead the industry as the gold standard.”

Below is the memo Lesser sent to HBO staff today.

I have always believed that HBO is more than just a special place – it is, in fact, a place unlike any other.  I know this because in 1984, as a newly hired senior publicist in New York, I came to the company with the intention of staying just two years to earn the corporate credit on my resume.  Little did I know, or even expect, that those two years would surprisingly turn into thirty-five; and become the most meaningful and satisfying time in my professional career.  This journey has been an extraordinary one, where I had the great pleasure and privilege of working with the most impressively creative and dedicated people at every level in every department.  The long-standing relationships that were built, the teamwork that is pervasive throughout the company, and the unique sense of family have always been an inspiration to me.

In 1994, I traded coasts and relocated to LA with the unwavering support of my exceptional leaders Richard Plepler and Quentin Schaffer (my boss of 28 years), who entrusted me to expand the media relations and talent relations department into one of unparalleled excellence.  The camaraderie and bonds formed among this incredible group – east coast and west coast – are emblematic of the HBO spirit and one that I have been so fortunate and proud to be a part of for so many years.

During my tenure, I had the enviable opportunity to work with outstanding producers, writers, directors, and actors; and to oversee so many exceptional, significant and award-winning projects, such as Band of Brothers, The Sopranos, Angels in America, Big Little Lies, Game Change, Recount, The Normal Heart, Behind the Candelabra and Game of Thrones.  These, and numerous others, had an enormous impact on the television landscape and were programs for which I was so grateful to have been involved.

As I now move from HBO to my new chapter, the deep-seeded relationships and richly-valued experiences will continue to always be a vital part of my world.

As my dear friend Jerry Weintraub so wisely advised… “This much I knew.  As soon as you feel comfortable, that’s when it’s time to start over.”