Instagram has not yet imprisoned Naomi Campbell‘s nipples — but so far the Internet is doing a good job of keeping them under house arrest.

Campbell became the latest celebrity to join the #FreeTheNipple campaign on Tuesday, when she posted a topless photo of herself on Instagram. The photo was in seeming protest of Instagram’s no-nipple policy, and in definite promotion of her upcoming book to be published by Taschen.

So far, Instagram hasn’t yet yanked Naomi’s nipples. But various outlets have tweaked her knobs in creative ways.

Garage Magazine offered a fanciful bowdlerization of Campbell’s chest nubbins, covering one with an envelope sealed with a heart, and another with an arrow-pierced heart. (Guess they’re trying to subtly tell the world that they love Campbell’s nipples, even if they lack the fortitude to display them. 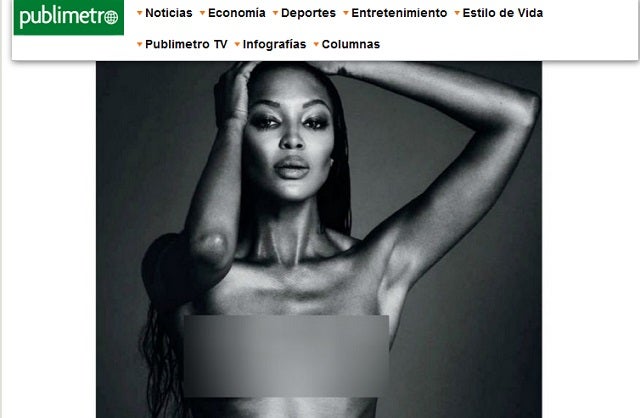 Other outlets merely opted to run an unrelated photo of Campbell, which seems a bit like inviting someone over for a steak dinner and then serving them Alpo when they get there. 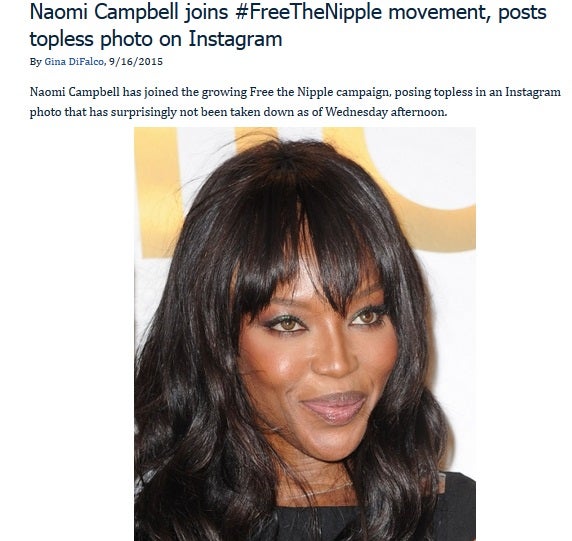 Instagram’s no-nudity policy has prompted users, famous and otherwise, to post fleshy images in protest, only to see those images pulled.

“We know that there are times when people might want to share nude images that are artistic or creative in nature, but for a variety of reasons, we don’t allow nudity on Instagram,” the company’s policy reads. “This includes photos, videos and some digitally-created content that show sexual intercourse, genitals and close-ups of fully-nude buttocks.”

For those who prefer their nipples without digital pasties, here’s Campbell’s original post. Until it’s pulled, anyway.