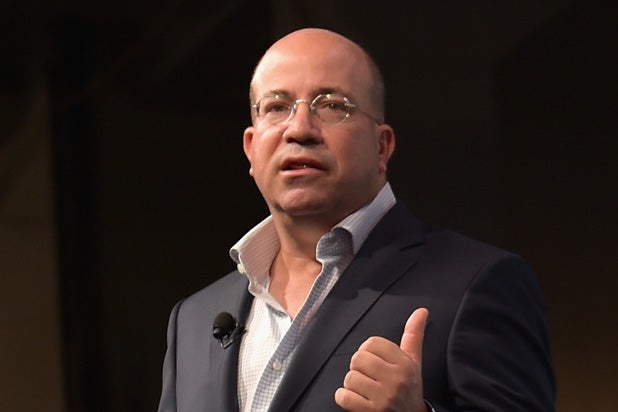 The National Association of Black Journalists (NABJ) called out CNN and its president, Jeff Zucker, in a press release, blasting the company for what it says is a lack of diversity in its top leadership. NABJ also said that it was placing the company on a special media monitoring list so the matter could be studied further.

“The National Association of Black Journalists (NABJ) is concerned about the lack of black representation within the ranks of CNN’s executive news managers and direct reports to CNN President Jeff Zucker,” the organization said in a press release on Tuesday. “This concern, coupled with Zucker’s refusal to meet with a four-person NABJ delegation, has prompted NABJ to place CNN on a special media monitoring list.”

It is unclear what the media monitoring list is, or if other news organizations have been placed on a list in the past by the NABJ. A rep for the group declined to offer any additional information.

“Our NABJ delegation has met or will meet with all major media companies including CBS, NBC, Fox and ABC. Meetings have all been very positive and all parties are indicating a welcomed partnership in further improving their efforts and results in the diversity arena,” the group additionally told TheWrap. “None, except CNN, have indicated a reluctance to meet with our delegation.”

In a statement, CNN told TheWrap it would be more than happy to sit with NABJ, but said the meeting could not include the organization’s vice president, Roland Martin, who was accused of leaking town hall questions to the Clinton campaign in 2016.

For months, we have been working with NABJ to schedule a meeting because the relationship between CNN and NABJ is very important to us. As we have told them many times, we look forward to a thoughtful discussion about how both of our organizations can continue to work together.  Unfortunately, the significant and reckless damage that Roland Martin did to CNN while partnering with us during a 2016 Democratic Town Hall has made any meeting that includes him untenable. Mr. Martin displayed an unprecedented and egregious lack of journalistic ethics and integrity by leaking questions prior to the town hall. As a result, we have told NABJ that CNN will not participate in any meeting that includes him. We have made it abundantly clear that we would be more than happy to sit down with the rest of their leadership team as soon as possible, and that offer still stands.

This is not the first time CNN has faced questions about representation within its ranks.

A January 2018 analysis from TheWrap found that the network had considerably fewer women in on-air roles than its network rivals at MSNBC and Fox News. TheWrap found CNN had half as many female solo anchors on weekdays as its cable news competitors and continues to have none during the highly visible primetime hours from 8 p.m to 11 p.m.