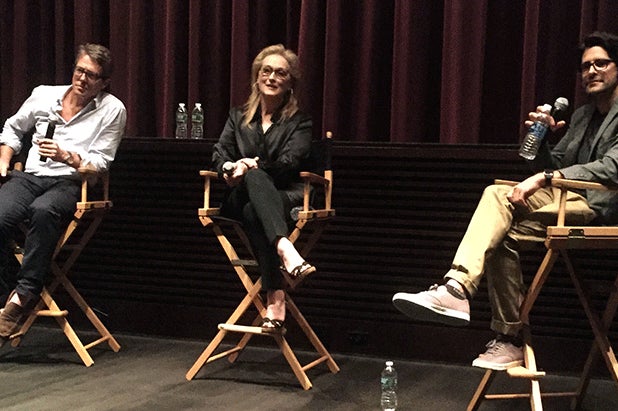 The National Board of Review will announce the winners of its 2016 honors on Tuesday, Nov. 29, the longstanding film group announced on Tuesday.

“The NBR is eagerly anticipating a continued strong year in movies with the exciting roster of films being released between now and the end of the year,” NBR President Annie Schulhof in a statement said.

“We once again look forward to being one of the first groups to announce the best in year-end filmmaking achievements and contributing to 2016’s ever-expanding awards conversation,” she added.

The NBR, consisting of film enthusiasts, filmmakers, professionals, academics and students of varying ages and backgrounds, has been around for 107 years. In preparation for this year’s honors, the group members are invited to screen 250 films and participate in discussions with directors, actors (as seen in the above photo), producers and screenwriters before announcing their selections for the best work of the year.

As previously announced, the awards will be handed out to winners at the NBR’s annual gala on Wednesday, Jan. 4, 2017 at Cipriani 42ndStreet in New York City — where it has been held for more than a decade.

Willie Geist is scheduled to host for the third straight year.