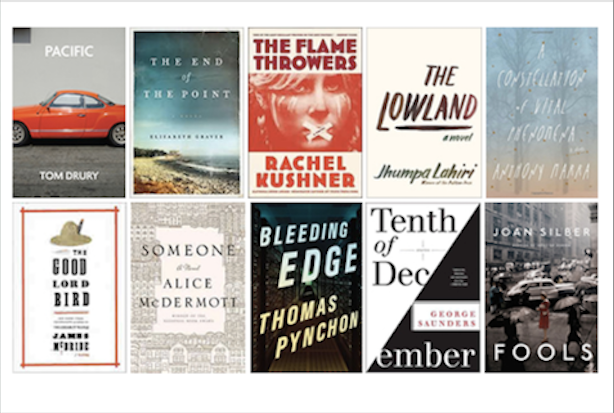 The National Book Awards released its long list for fiction on Thursday with the prestigious prize-giver singling out some of the literary world’s best known authors like Thomas Pynchon and Jhmupa Lahirir.

Pynchon was cited for “The Bleeding Edge,” an Internet-infused mystery, while Lahirir was singled out for “The Lowland,” a story of Bengali brothers growing up in Calcutta.

Other top names vying for the honor are Alice McDermott, for her dreamlike examination of a Brooklyn woman in “Someone”; George Saunders for his short story collection “Tenth of December”; and Rachel Kushner, for her tale of a peripatetic artist in “The Flamethrowers.”

Elizabeth Graver, The End of the Point (Harper/HarperCollinsPublishers)