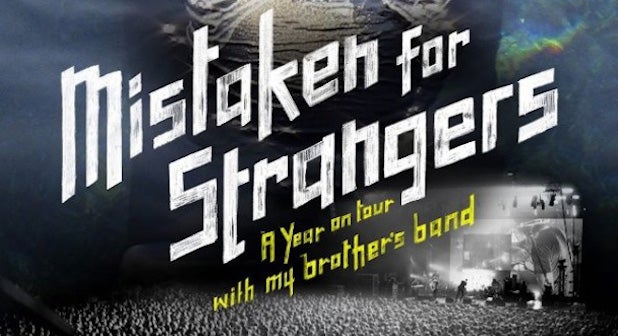 Starz’s digital distribution unit Starz Digital Media and theatrical distributor Abramorama have partnered to release the comedic documentary “Mistaken for Strangers” in select theaters, on demand and on iTunes March 28.

“Mistaken for Strangers,” which opened the 2013 Tribeca Film Festival, follows Tom Berninger, a slacker and aspiring horror director whose older brother Matt is the lead singer of successful rock band The National. When Matt hires Tom as a roadie for the band’s upcoming world tour, Tom brings his camera to film the entire experience, ignoring his job responsibilities in the process. What follows is a hilarious and touching story about family, ambition and self-discovery.

Also Read: ‘Mistaken for Strangers’ Director Tom Berninger: All the Attention Is Overwhelming

“Tom has made an incredibly heartfelt, entertaining and relatable movie” said Mara Winokur, senior VP of Starz Digital Media. “We are thrilled to be part of its distribution.”

“Both Starz Digital Media and Abramorama have championed the movie from the first time they saw it” said Berninger. “I could not be more excited to be working with them to release it.”

The film has been hailed by Michael Moore as “one of the best documentaries about a band that I’ve ever seen” and by Pitchfork as “the funniest, most meta music movie since ‘Spinal Tap.'” The release comes at the end of a banner year for The National, whose 2013 album “Trouble Will Find Me” was recently nominated for a Grammy for Best Alternative Music Album.

New York-based Abramorama has released quality films such as “Exit Through the Gift Shop,” “Anvil! The Story of Anvil” and “Pearl Jam Twenty.”