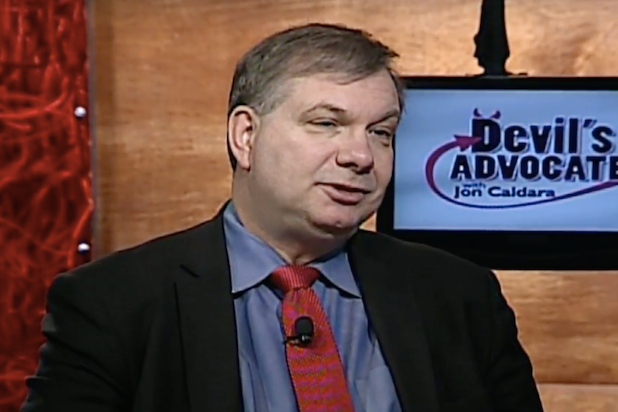 National Review reporter John Fund apologized on Monday for accusing Brett Kavanaugh’s second accuser, Deborah Ramirez, of being secretly funded by Democratic donor George Soros, telling his audience on Twitter that he has mistaken her for a different Deborah Ramirez.

“Correction: Soros Fellowship went to another Deborah Ramirez in Boston, a professor at Northeastern University. Sincere apologies,” said Fund, who deleted the original tweet after coming in for a round of criticism over the error.

In a screenshot taken by CNN reporter Andrew Kaczynski, Fund attempted to link Ramirez to a Soros fellowship from 2003.

“Irony of this is just too great,” he wrote. “New Yorker article on new Kavanaugh accuser, Deborah Ramirez, leaves out tie to George Soros. Ramirez got 2003 Soros Justice Fellowship to strengthen understanding between law enforcement and Arab Muslim and Sikh communities.”

Fund serves as a national-affairs reporter for the conservative magazine. Editor in chief Rich Lowry did not immediately respond to request for comment from TheWrap.

It’s not the first time conservative media found itself with egg on its face over false accusations about women accusing Judge Kavanaugh of sexual misconduct.

As Kaczynski alluded, Christine Blasey Ford was also the victim of mistaken identity last week after the video monitoring website Grabien ran a piece saying that Ford’s students at Palo Alto University  had written unfavorable comments about her on the website “RateMyProfessor.” The claim was picked up by the Drudge Report and widely shared before new emerged that Grabien accidentally dug up reviews belonging to Christine Adams Ford, who teaches at California State University in Fullerton.

Both Ford and Ramirez have publicly accused Judge Brett Kavanaugh of sexual misconduct more than three decades ago and have demanded FBI investigations into their claims. The judge has categorically denied both allegations.

After a series of dramatic negotiations with the Senate Judiciary committee, Professor Ford agreed to offer her testimony on Thursday. It is unclear whether Ramirez will also be called before the committee.