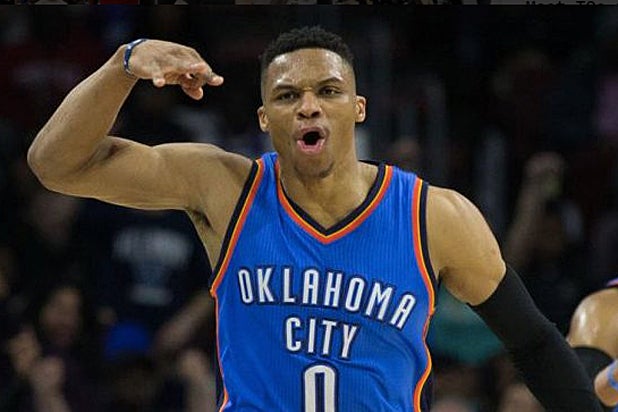 And while it was the Golden State Warriors and the Cleveland Cavaliers who faced off in the NBA Finals earlier this month, Oklahoma City Thunder’s Russell Westbrooked as the winner of the MVP Award at Monday’s NBA Awards.

Westbrook edged out James Harden and Kawhi Leonard for the honor, and followed in the footsteps of former teammate and current NBA Finals MVP, Kevin Durant.

Westbrook dedicated his award to his wife, Nina, telling her: “You’re the best wife a husband like me could ask for.” The college sweethearts welcomed their first son, Noah, in May. Westbrook also won the fan-voted Best Style Award.

Drake added even more star power to the night by hosting the show — and roasting many of the guests. Unfortunately for the rapper, however, none of his beloved Toronto Raptors players were in the running for the honors.

"You're the best wife a husband like me could ask for." -@russwest44 to his wife as he accepts the 2016-17 KIA MVP Award. #NBAAwards pic.twitter.com/GWGJ63YwhB

See the full list of nominees, with the winners in bold, below.