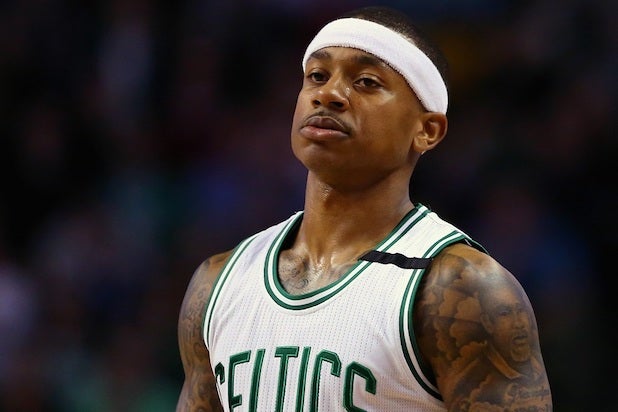 It’s been a busy 24 hours for the Boston Celtics.

After winning a crucial Game 7 on Monday night to advance to the Eastern Conference Finals against the Cleveland Cavaliers, the team was awarded the number one pick in the 2017 NBA draft courtesy of Tuesday’s lottery in New York City.

Going into night, Isaiah Thomas’ team had a 25 percent chance of nailing the top spot following a swap with the Brooklyn Nets stemming from the 2013 trade involving Kevin Garnett, Paul Pierce and Jason Terry.

His impact on the outcome was not ignored by newly-retired Pierce.

Boston is the first team to finish with the top record in a conference and then pick first overall since the Lakers did so and made James Worthy the No. 1 pick in the 1982 draft, according to ESPN. It also marks the first time that longterm rivals Celtics and Lakers have boasted the number one and two picks.

Also Read: 5 Things to Watch for During the NBA Playoffs, From LeBron's Resurgence to the MVP Race

The Celtics are expected by many analysts to Washington guard Markelle Fultz with the number one pick, which could leave UCLA guard Lonzo Ball and his outspoken father LaVar Ball heading to the Lakers.

While the Celtics had the luck of the Irish on Tuesday, Vegas odds are predicting that their pot of gold will be empty when the face LeBron James and the Cavaliers in the next round of the NBA playoffs. The Westgate Las Vegas SuperBook has Cleveland as a -700 favorite, and Boston was +500, meaning that $100 bet on the Cavaliers to win the series would now win $14.29 — that same $100 bet on the Celtics would win $500.

The two face off on Wednesday night in Boston, while the NBA draft is Thursday, June 22.