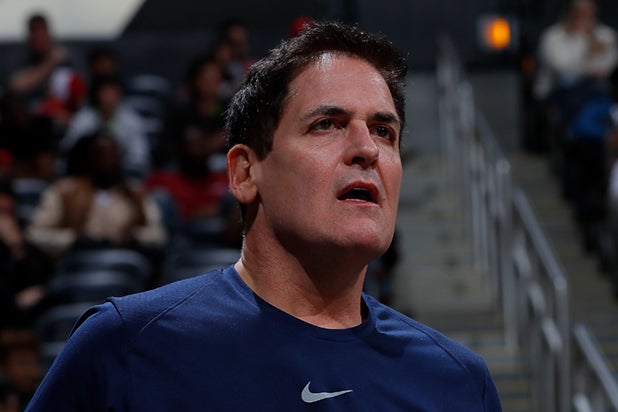 “The NBA league office is reviewing the 2011 allegations against Mark Cuban and the subsequent findings from the Portland police investigation,” Bass said.

The Mavericks did not immediately respond to TheWrap’s request for comment.

News of the NBA’s review comes after the Willamette Week reported Tuesday the accusation against Cuban for the first time almost seven years later. A woman told Portland police in 2011 that Cuban touched her inappropriately at a night club while they were posing for a picture. The Willamette Week obtained the police report detailing the woman’s allegations via a public records request.

Cuban denied the woman’s accusations to police. His accuser said she “stand[s] behind that report 1,000 percent.” The DA ultimately decided not to press charges.

“These allegations are thoroughly investigated by the Multnomah County District’s Attorney’s Office and the Portland Police Bureau,” Cuban’s attorney, Stephen Houze, told the Willamette Week in a statement. “According to the detailed prosecution decline memo, investigators interviewed the complainant’s boyfriend and female friend, as well as employees and patrons of the bar, and other persons with Mr. Cuban and no one observed any inappropriate behavior by Mr. Cuban.”

He added: “This incident never happened and her accusations are false.”

The alleged incident occurred on April 22, 2011, after the Mavs played the Portland Trail Blazers. Cuban and the woman were both at a local bar, where the woman said her boyfriend recognized Cuban and she eventually asked for a picture. The woman’s friend later told police “It was apparent he was very drunk. His eyes were half closed, he was unstable on his feet, and he was slurring his words.”

In Portland Police Detective Brendan McGuire’s summary of the woman’s statement: “He then moved his hand down until it was on her buttocks. Cuban then pushed his hand down the back of her jeans and inside her underwear where he cupped his hand over her groin area and inserted the tip of his finger into her vagina.”

Willamette Week’s report comes two weeks after Sports Illustrated reported on the “corrosive” workplace culture at the Mavericks that included two accusations of assault against Mavs.com reporter Earl K. Sneed that his employers failed to act on. Cuban said it was a “horrible mistake” to continue Sneed’s employment (Sneed was fired after SI’s report). Human resources director Buddy Pittman was also fired after the SI report, Cuban said.

In response to the incident as a whole, Cuban said “I feel sick to my stomach. There’s a problem in the Mavericks organization and we’ve got to fix it.”