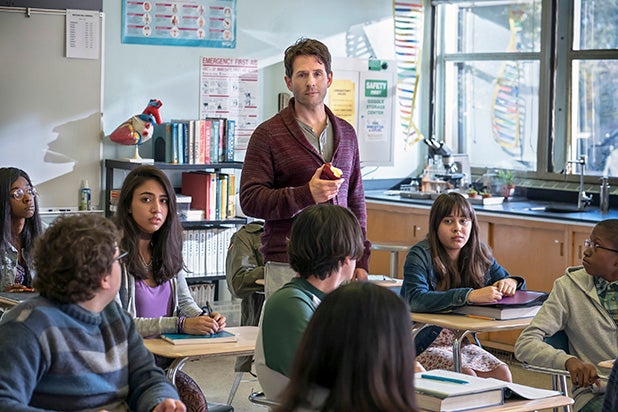 “I’m intensely sad to announce that AP Bio will be ending after this season,” O’Brien tweeted. “This has been my favorite project of my life and that’s because of the amazing writers, cast and crew. As most canceled shows probably feel, I think we were just hitting our stride and everyone was still loving the work, so this is very hard. We have 4 left to air and they’re 4 of my favorites. Plus 22 others are on Hulu (for now) and http://nbc.com . Please check them out and tell a friend about the show and tell the people who worked on it that they did a good job!”

Also Read: Will Dennis Return to 'Always Sunny' or Not? Glenn Howerton 'Can Confirm' - But He Won't (Video)

Its first season, “A.P. Bio” averaged a 1.2 rating in the advertiser-coveted 18-49 demographic and 3.7 million total viewers in live-plus-seven-days of delayed viewing data from Nielsen. When it returned in March for Season 2, ratings slipped to a 0.5 in the all-important adults 18-49 demographic, according to preliminary Nielsen data.

“This has…not been a great day,” Oswalt tweeted after learning of the cancellation, adding the link to O’Brien’s message. “Please read this thread and know everyone on @NBCAPBio had the most fun making that show and we’re sad that none of us get to see where it was gonna go. But we’re glad for the trip we got to take. Thank you @MikeOBrienXOXO. #APBio.”