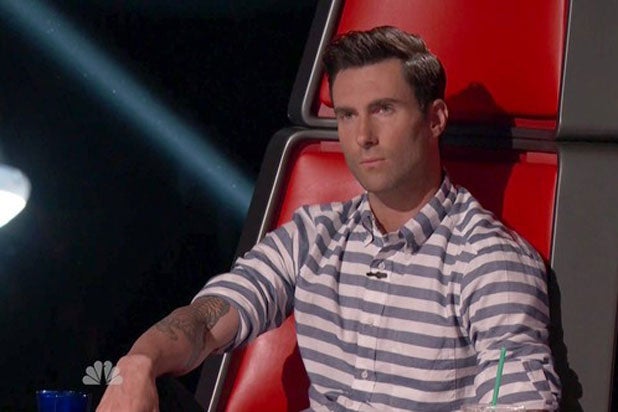 NBC dialed back the rights it is claiming for applicants to Adam Levine‘s new songwriting competition, “Songland,” in the wake of a Wrap story that pointed out overreaching with potential contestants.

The words “if I am selected to be a participant on the Program” were added to the submission application signed by songwriters vying to be on the show after TheWrap published a story on Saturday pointing out that the network was claiming royalty rights for all submissions, whether or not they became contestants.

The original language for applicants read:

I grant Producer the right to record, reproduce and publicly perform any such music in and in connection with the Program or any other work … I waive any claims to royalties of any kind, whether accruing now or in the future, from Producer and NBCUniversal for the use of any such Music or any other music, including, without limitation, any applicable copyright, public performance, mechanical and synchronization royalties.

That meant that the producers of the show could keep royalties on all songs submitted to the show.

As TheWrap reported, entertainment lawyer Wallace Collins issued an “urgent warning” to songwriters in a LinkedIn blog post stating “NBC will own all rights to use and exploit all of your songs involved in the show including the songs you submit in the initial application.”

NBC declined to comment to TheWrap on the situation. But by Sunday the language on the website had been changed to limit the claim for royalty rights to participants on the show.

The language in the submission agreement was particularly troubling given that the show’s pitch to undiscovered songwriters promises that potential contestants “will keep intact all Trademark, copyright, and other intellectual property notices,” according to the “Songland” casting website.

In an interview with TheWrap, Collins explained that, unlike other reality music competitions such as “The Voice” or “American Idol” in which existing licensed music is simply sung, in this case the entrant is also writing the songs to be performed.

“When you write a song, it’s almost like it’s an additional piece of property that you don’t want them to have and be able to use for free, because you want to go use it again,” he said. “It would be kind of like saying, if you perform on the show, you can never perform the song again anywhere else.”

The language in the application has since been amended to read:

“If I [the entrant] am selected to be a participant on the Program I grant Producer the right to record, reproduce and publicly perform any such Music in and in connection with the Program … I waive any claims to royalties of any kind, whether accruing now or in the future, from Producer and NBCUniversal for the use of any such Music or any other music, including, without limitation, any applicable public performance, mechanical and synchronization royalties in connection with the development, production, distribution, advertising, promotion, exhibition or other exploitation of the Program.“