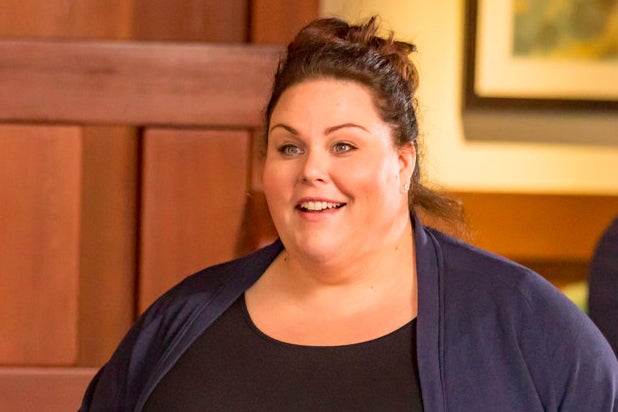 NBC has clinched first place in primetime TV ratings for the 2016-2017 season, which still has three nights to go. This “W” marks the third time in four years that the broadcaster has come out on top in the advertiser-sought 18-49 demographic.

It’s the first time in five years that a network has finished No. 1 without the Super Bowl or an Olympics boost. Speaking of sports, NBC didn’t even need them to claim its trophy this time around. Counting entertainment shows only, the peacock still flies the highest among the over-the-air channels — this is the first time they could say that since the final seasons of “Friends” and “Frasier.”

While CBS will again finish first in terms of total viewers — its 14th claim out of 15 seasons — NBC has narrowed that gap to its slimmest deficit in 13 years. All of that makes NBC Entertainment chairman Bob Greenblatt as happy as you might imagine.

“Broadcast television is thriving, and on behalf of everyone at NBC we are grateful to have won the season again in all the valuable key demos,” he said on Tuesday. “Sports is a vital part of our lineup and contributes to our #1 position, but I’m also very proud of the fact that this is the first time in 13 seasons we’ve also won on an entertainment program-only (non-sports) basis. In addition, our scripted shows — featuring the phenomenon ‘This Is Us’ — and our reality shows — led by the ‘The Voice’ — are No. 1 in those respective areas as well. Presidents Jennifer Salke and Paul Telegdy and their remarkable teams have done the impossible this year and I congratulate all of them.”

Below are some seasonal stats. All numbers come from Nielsen’s “most current” metric, which counts any available Live + 7 Day primetime viewing through 35 weeks of the season.

Outside of prime, NBC stayed strong in late-night, as “SNL” landed its most-watched season in 23 years. Jimmy Fallon and Seth Meyers won their time periods in pretty much all demos, though Stephen Colbert swept in to steal the total viewer victory at 11:35 p.m.