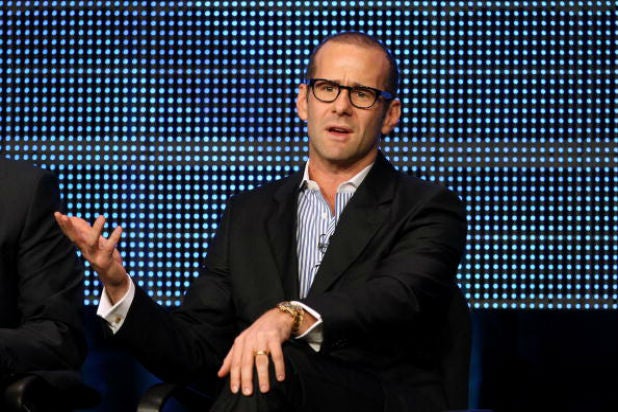 NBC has ordered a multi-camera comedy pilot from “Will and Grace” creator Max Mutchnick, TheWrap has learned.

The series, titled “Happy Peppers,” follows an adult brother and sister who wind up living together for the first time since they were kids, after one of them suffers a big loss. They become each other’s wingmen, shoulder to cry on, best friend and punching bag as they navigate love, loss and work while helping to get each other “un-stuck.”

Earlier this month, NBC ordered a 10-episode revival of “Will and Grace.” Mutchnick and David Kohan will act as showrunners and executive producers. James Burrows, who directed every episode of the show during its initial eight-year run, is set to direct and executive produce. The entire main cast will also return.

In addition to the “Will and Grace” reboot, NBC has ordered a number of comedy pilots this season. Among them are: a project based on the early life of Kourtney Kang about a girl growing up in a mixed-race family in Philadelphia; a series about a cynical Ivy League professor who becomes a high school teacher produced by Seth Meyers and Lorne Michaels; and “The Sacket Sisters,” produced by Tina Fey and Robert Carlock.