The world of finance, media and entertainment spent the day debating the likelihood of Comcast buying NBC Universal, as TheWrap reported could happen in an exclusive news break on Wednesday.

Some thought the deal made no sense, others scoffed and then changed their minds a few hours later. On Wall Street, in Hollywood, even in Washington, D.C., the prospect of a multibillion-dollar media deal was the topic around the water cooler. 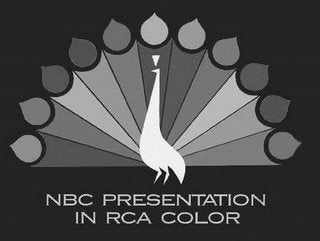 Here’s a roundup of media commentary, analyst quotes and chatter from across the web regarding the Comcast-NBC Universal deal.

"A Deal of Dubious Logic"
"Business leaders clearly think the world is back to normal: A media company is weighing a deal of dubious logic." (Heard on the Street, WSJ)

Many Obvious Hurdles"
"Comcast’s public comments over the past six months have made it clear that their appetite for a content acquisition remains undiminished, so the reports of Comcast’s interest in NBCU can be assumed to be credible. Nevertheless, there are many obvious hurdles to a deal, including Comcast’s recent comments that they wished neither to issue debt nor equity to finance a transaction."  (Craig Moffett, Bernstein analyst )

"When Beaten on a Story, Deride the Source"
"When a business reporter gets beaten on a story — say, a really big story like (Comcast-NBC Universal) — his or her response is pretty predictable: Reflexively dismiss the scoop (‘Just more of the same — there’s nothing new here’ is the common refrain). Deride the source of the scoop (as CNBC’s David Faber did with his snarky reference to TheWrap — the scooper in question — as ‘an Internet entertainment gossip site,’ which, of course, it is not). Assure your editor that ‘I reported on these talks months ago’ … " (Mark Lacter, LAObserved)

"A hedge against programming costs"
"John Hodulik, an analyst at UBS, said in a note that an NBC stake ‘would act as something of a hedge against programming costs,’ which he expects to rise 9.1% this year for Comcast. It would also allow the company to be more involved in discussions about Hulu, the video site that is a joint venture of NBC, News Corp. and Disney." (Digits blog, WSJ)

"Good thing: NBC gets away from GE"
"For popularity and recognition, i think it would be huge for NBC, MSNBC and CNBC to get purchased by comcast. But on the flip side, it might become another entity like news corp owning fox news. Just another way to get ratings and big popularity like fox news is desperate for. And it seems like there would be too many corporate interests involved with the news division trying to please all the higher ups. … The really good thing in the purchase would be that nbc wouldnt be associated with GE." ("Kevin Ehsani," comment on Huffington Post)

"$35 billion?"
CNBC is now reporting that Comcast is negotiating to buy 51% of NBCU. I can’t imagine that price would be $35 billion." ("Hollywood Producer," comment on On Medea)

"The deal would be bad for TV consumers"
This deal would be bad for TV consumers. Comcast wanted more money for its Versus Channel than DirecTV was willing to pay and DirecTV was forced to stop showing the channel. What will happen when Comcast jacks up the rates for NBC & CNBC? And, how am I going to watch the Tour de France next July if these two companies are still fighting? (Kevin Baker, TheStreet.com)

"Washington all a twitter over the media consolidation boogey-man"
“We again appear to be entering an era in which every proposed deal is viewed as an invitation for any group with a gripe to push for conditions, whether or not the gripe  has anything to do with the actual proposed combination of assets. All one has to do, it would seem, is to raise the specter of the ‘media consolidation’ boogey-man and Washington goes all a titter." (W. Kenneth Ferree of the free market-oriented Progress & Freedom Foundation)