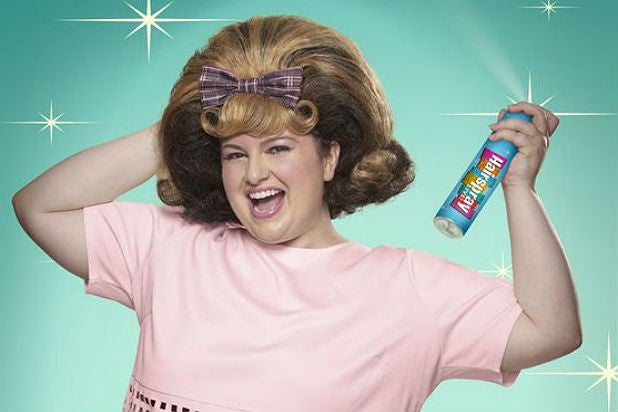 Baillio, an accomplished singer and dancer from League City, Texas, with no professional theater experience, won the role at an open casting call attended by nearly 1,000 hopefuls.

Baillio was named 2014 Great American Songbook Youth Ambassador and in 2015 performed with Michael Feinstein to capacity audiences at venues such as the Kennedy Center, the Grand 1894 Opera House, Carnegie Hall, Lincoln Center and Birdland Jazz Club.

In “Hairspray Live,” teenager Tracy Turnblad’s dream is to dance on “The Corny Collins Show,” a local TV program.

When against all odds Tracy wins a role on the show, she becomes a celebrity overnight and meets a colorful array of characters, including the resident dreamboat, Link; the ambitious mean girl, Amber; an African-American boy she meets in detention, Seaweed; and his mother, Motormouth Maybelle, the owner of a local record store. Tracy’s mother is the indomitable Edna, and she eventually encourages Tracy on her campaign to integrate the all-white “Corny Collins Show.”

Craig Zadan and Neil Meron serve as executive producers. Harvey Fierstein will also provide a new teleplay and Tony winner Jerry Mitchell will serve as choreographer for the live production with music and lyrics by Tony winners Marc Shaiman and Scott Wittman.

Note: An earlier version of this story incorrectly identified “Dracula, the Musical” and “Once Upon a Mattress” as productions of the  New York Theatre Company. TheWrap apologizes for the error.