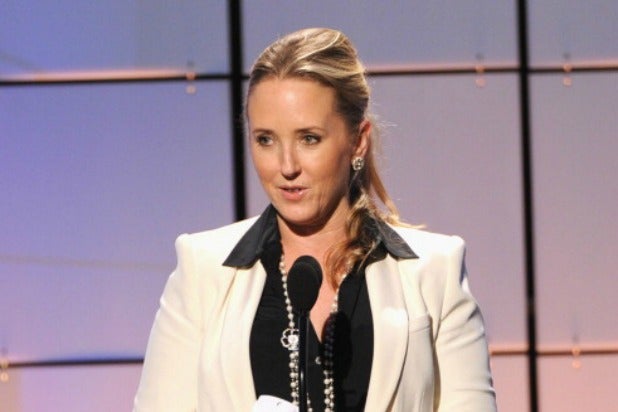 For all NBC’s successes this season, network entertainment president Jen Salke is well aware of its problems on Thursday nights – and says changes are coming.

“We really have to look at this week, and we’re going to be strategizing on how we can do the best we can with the shows that we have, and support the shows that we think still have a chance to really build,” she told TheWrap on Thursday, hours before the struggling new comedies “The Michael J. Fox Show” and “Sean Saves the World” once again take on a tough CBS lineup.

On other nights, NBC is doing great. Three weeks into the season, it’s the top network in the key 18-49 demographic, and second in total viewers. “The Blacklist” is the highest-rated new drama of the season. And “Sunday Night Football” remains TV’s biggest show.

But NBC started off hot last season too, before slipping to third in the ratings.  Thursdays are tough because “The Big Bang Theory,” TV’s most successful sitcom, provides a big boost to new shows “The Millers” and “The Crazy Ones.”

We talked to Salke about why “The Blacklist” may take better advantage of the post-“Voice” timeslot than “Revolution,” the Thursday changes afoot, and a certain “ridiculous” story.

TheWrap: You started last season strong too, but slipped to third in the ratings. How is this year different?

Jen Salke: I think the difference is the shows. We love “Revolution,” but “Blacklist” we really feel has the staying power to be able to hold out at a great number and settle into something really strong. Given its closed-ended storytelling aspects, in tandem with the soap, we feel like we have the goods with that show.

It’s attracting a broad audience that we like, and very loyal viewers. We put huge marketing efforts behind it, as we did with “Revolution,” but I think with “Blacklist” we’re off to a stronger start in the ratings results.

That’s an example of NBC doing well early in the week, but what can you change on Thursdays?
We’re still talking about Wednesday and Thursday and how we can maximize the results. We are doing a little bit better on both those days than we did last year[despite] the fact that some of these shows are not doing as well as we had hoped. … We have some thoughts about that but we’re still kind of putting those strategies together.

There’s sort of a general feeling here that of course hits are great, we know they’re hard to come by, but we’re looking at incremental success. And we’re really proud and happy at the way that Monday and Tuesday are holding up. And we’re really looking forward to see how we’ll do with “Grimm” returning – a show we love – and the launch of “Dracula” also. … I really feel like Friday could be a really good destination.

You ordered 22 episodes of “Michael J. Fox” last year. Are you committed to airing all 22 episodes?
Those conversations are still ongoing. I mean right now we’re hopeful that we can create a lift for that show. There’ll have to be some strategic scheduling discussions that go along with that. But we are in no way jettisoning our belief in Michael and what that show can do potentially.

Any chance of moving it to 8 or 8:30? It’s been gaining on its lead-in.
These are all part of the conversations we’re having and we’ll be looking at all different scenarios as to what the best strategy is.

Do you want to address the Defamer report that you were late for a Fox table read? Or address Defamer’s coverage of you in general?
Just that it was a funny, ridiculous article, and that we all arrived at the table read together, us and Sony. So nobody knows what [the reporter]’s talking about.

Can you talk about how the success of Alfonso Cuaron’s “Gravity” potentially helps “Believe,” his midseason show for NBC with J.J. Abrams?
I’d love to talk about it. We just had our big marketing/PR meeting yesterday on “Believe.” Dave Erickson’s doing an incredible job running that show, and both J.J. and Alfonso reached out to me yesterday to tell me how excited they are. And given that they’re both incredibly busy right now, they are still reviewing, looking at all the material.

I’ve had many conversations with J.J. about it. And Alfonso co-created the show. He speaks eloquently about what the show is and what it means to him. It’s not just a show to him. There’s something that he’s trying to to say with “Believe.” I know that he will be as involved as he possibly can.