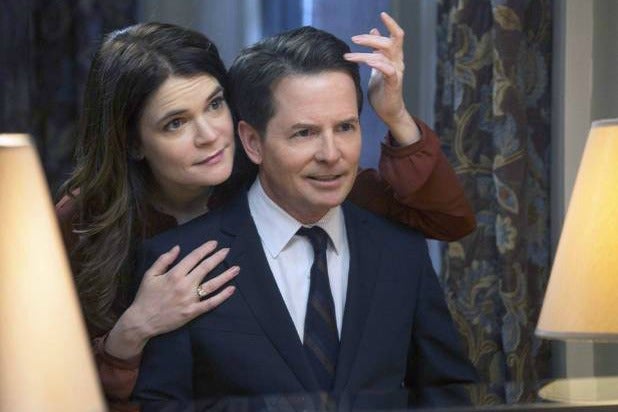 Michael J. Fox may have lost out to Robin Williams this week — but he isn’t going anywhere.

Jeff Bader, NBC’s president of Program Planning, Strategy and Research, says that if “The Michael J. Fox Show” can keep scoring the 2.1 rating it earned Thursday – or even close to it – then the network will certainly air all 22 episodes of the series.

In a huge vote of confidence, NBC ordered a full season of Fox’s comeback series more than a year ago. Fox and Williams’ “The Crazy Ones” faced off in the 9 o’clock hour Thursday, something they won’t often do: Fox’s normal timeslot is at 9:30, where he will move next Thursday when Sean Hayes‘ “Sean Saves the World” debuts at 9.

The dueling comebacks for Fox and Williams capped a very interesting week for NBC.

On Monday, the third-place network scored the best premiere rating in a year for the new James Spader drama “The Blacklist.” The next night, ABC’s “Agents of S.H.I.E.L.D.” topped that rating. On Thursday, Williams beat Fox thanks largely to a huge lead-in from “The Big Bang Theory.”

But for the first time in nearly two decades, NBC improved over last year in the first four nights of the fall season. No other Big 4 network has done that since 2004.

“It’s been a tremendous week of growth for us, not only in the 18-49 demo but, remarkably, in total viewers as well,” NBC entertainment chairman Bob Greenblatt said in a statement to TheWrap. “We know that one week doesn’t determine anything, but this week turned out better than any of us dreamed it would.”

Also read: TCA: Michael J. Fox – ‘We All Get Our Own Parkinson’s’

We talked to Bader about what went right and wrong in the first week of the 2013-14 season.

Tim Molloy: How were you able to improve on your first four nights?

Bader: People don’t always remember that we actually had a good summer. We were the No. 1 of the Big 4 for the summer, so we had some circulation there. “Sunday Night Football” is a great promo base. We have “The Voice” which is the number one non-scripted series, and “The Blacklist”… it helps when you have shows that people are writing about, that they like.

Going Sunday, Monday, we just had a great platform there to push into Tuesday. “Chicago Fire” I think is very compatible, as we’ve discovered, with “The Voice.” So that helped us there.

And then we get into some more difficult stuff later in the week. “Revolution” going to an 8 o’clock time period, new time period, for it to basically start where it left off was great, and it turned out to be a good lead-in for the two-hour ‘SVU.’ So we were able to keep our circulation going.

Thursday obviously we’d love for the numbers to be higher. But the numbers that we’re seeing for Thursday are great. We’ve all been saying here, It’s not about winning time periods, necessarily. We just need to improve. So far it’s been working.

Was it a strategic error to put Michael J. Fox straight up against Robin Williams?

I think it’s the best shot that we had. We knew that a one-hour “Big Bang Theory” – it’s the number one show on television, and that’s going to help Robin Williams. That’s why we did the back-to-back episodes. Knowing that 9 o’clock would be tough, hoping that people would come in at 9:30.

Next week Fox moves to 9:30 permanently, which seems like an easier timeslot.

It’s only the first few days of the season. You never know what happens in Week 2 for any series. Robin Williams had a huge, huge lead-in. If you look at the ratings… “Big Bang,” for the first minute of the 9 o’clock hour, was a 6.8 rating. So then “The Crazy Ones” was a 3.9 for the balance of that half hour.

Next week, it will not have a 6.8 lead-in. It will have whatever “The Millers” does, which will probably be half that. So who knows what’s going to happen? “Two and a Half Men” will hopefully be a little bit lower, and hopefully “Sean” will have some kind of presence in that [9 o’clock] time period.

That’s what’s great and scary about this business. You never know.

If it continues to get these ratings – it got a 2.1 last night — will all 22 episodes air?

Absolutely. … Remember, we’re trying to improve our performance in the time period where we averaged… somewhere around a 1.4 at 9:30. So the bar is actually a little bit lower.

So how happy are you with the Michael J. Fox numbers?

I’m disappointed. I just think it deserved more sampling than it got. It’s not that the show was rejected. It’s not like they came and they didn’t come back. I’m hoping we’re still going to get more sampling.

The show addresses his battle with Parkinson’s. Does your research say if anyone tuned out because they thought, ‘Oh no, he’s fighting a tough disease, this will be hard to watch?’

Who knows? Again, I think the biggest factor was “Big Bang.” Don’t forget, it was also the ‘Grey’s Anatomy’ premiere. It was a big night of competition.

It has not come up as an issue in any of the research that we’ve done on the show. … Nobody was saying that they wouldn’t watch it because of Parkinson’s.