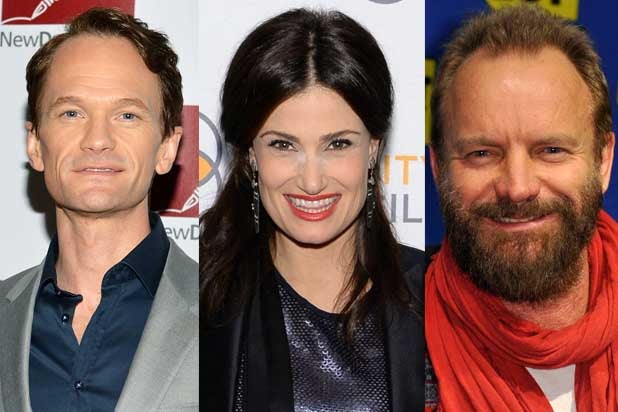 Neil Patrick Harris may have handed Tony Awards hosting duties back over to Hugh Jackman this year, but you better believe the 2014 nominee will still be singing and dancing his way on stage at some point.

LaBelle, Knight and “American Idol” alum Fantasia will take the stage to perform with the cast of “After Midnight,” while Sting will perform a song from his upcoming musical, “The Last Ship.”

Casts from this year’s Best Musical and Best Musical Revival Nominees will perform, as well as casts of freshmen musicals.

“Aladdin,” “Les Misérables,” “Beautiful: The Carole King Musical,” “A Gentleman’s Guide to Love and Murder,” “Bullets Over Broadway” and “Rocky” are among the shows that will be highlighted on June 8 when CBS airs the Tony Awards live from the Radio City Music Hall in New York City.