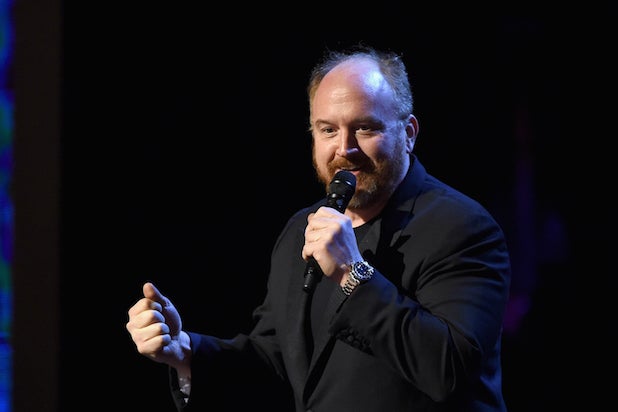 Netflix has jumped on the “Let’s Distance Ourselves from Louis C.K.” bandwagon, following a New York Times expose in which five women posed sexual misconduct accusations against the comedian.

The streaming service is scrapping a C.K. standup comedy special in light of the accusations. Netflix had contracted the comedian for two upcoming specials, but has decided to pull the plug on the second, which had yet to go into production.

“The allegations made by several women in The New York Times about Louis C.K.’s behavior are disturbing,” a Netflix spokesperson said in a statement to TheWrap. “Louis’s unprofessional and inappropriate behavior with female colleagues has led us to decide not to produce a second stand up special, as had been planned.”

In February, Netflix announced it teamed with C.K. for two specials, the first being “2017,” which was shot in Washington, D.C. and was released on April 4.

Netflix will keep C.K.’s existing specials on the streaming service.

As of publication, C.K. has been dropped from HBO’s live autism special “Night of Too Many Stars,” which is scheduled to air on Nov. 18 and removed all of the comedian’s previous projects from its on-demand catalog.

Also Read: The Orchard Not 'Moving Forward' With Release of Louis CK's 'I Love You, Daddy'

His upcoming flick “I Love You, Daddy” was scrapped from release by The Orchard on Friday.