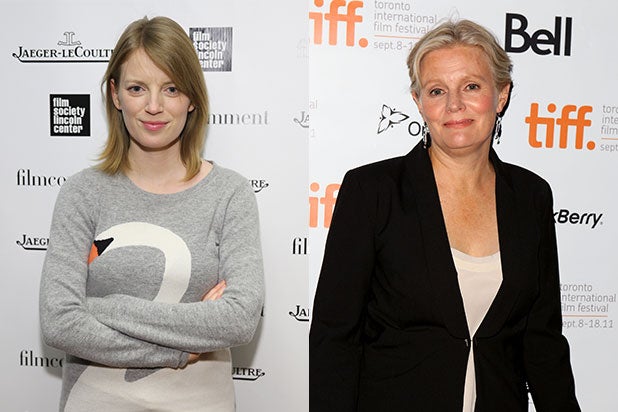 Halfire Entertainment, CBC and Netflix will begin production on the adaptation of Margaret Atwood’s “Alias Grace,” which will be a six-hour miniseries inspired by the true story of convicted murderer Grace Marks.

The miniseries is being written and produced by Sarah Polley (“Away From Her”) and will be directed by Mary Harron (“American Psycho”). Production is set to begin in Ontario in August.

“Alias Grace” will be broadcast in Canada on CBC and available for streaming on Netflix globally.

It follows Grace Marks, a young Irish immigrant in Upper Canada who was convicted, along with her brother, of the brutal murders of their employer and his housekeeper in 1843. Grace was sentenced to life in prison, while her brother James was hanged. She was exonerated after 30 years in jail.

“Sarah Polley wrote a stunning six-hour script, based on Margaret Atwood’s award-winning novel, and we are thrilled that CBC and Netflix have joined forces to co-commission this miniseries,” said Noreen Halpern, president of Halfire Entertainment.

In the miniseries, a young doctor named Simon Jordan researches the case and falls in love with Grace.

“The opportunity to be involved with ‘Alias Grace’ and world class storytellers was an opportunity we could not pass up,” said Elizabeth Bradley, Netflix’s vice president of content. “We are looking forward to working with our partners at Halfire Entertainment and CBC to bring this compelling miniseries to our worldwide audience.”

Polley, Halpern and Mary Harron will executive produce, while Polley and D.J. Carson will co-produce.

Atwood’s novel was published in 1996 and was awarded the Giller Prize.

Jerry Buting represented Steven Avery during his murder trial depicted in Netflix's "Making a Murderer," in which Avery was convicted of killing 25-year-old Teresa Halbach. Debate whether Avery is innocent or guilty has swept the nation since the show's premiere, and Buting has now spoken with ReasonTV about the intriguing case.