The streaming company’s share price fell 15 percent fast after missing badly on subscriber growth forecasts. That’s a value of about $15 per share.

Below is a look at the company’s full trading day. Note the steep after-hours decline: 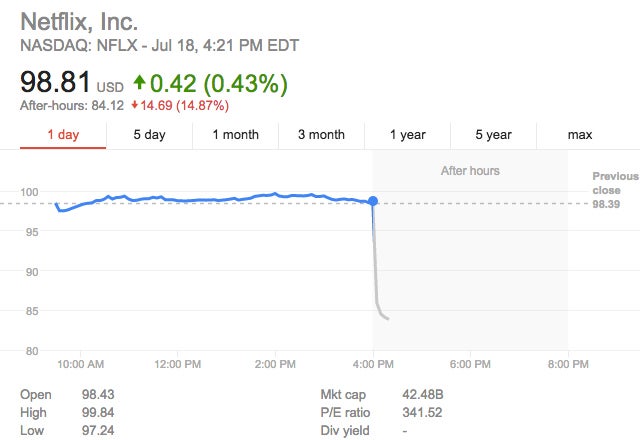 The company had previously forecast it would add 2.5 million users this past quarter, but it only clocked in at 1.7 million. Last year, Netflix added 3.3 million new members over the same 90-day period.

At least the company topped its actual earnings per share expectations. Read all about the second-quarter financials here.